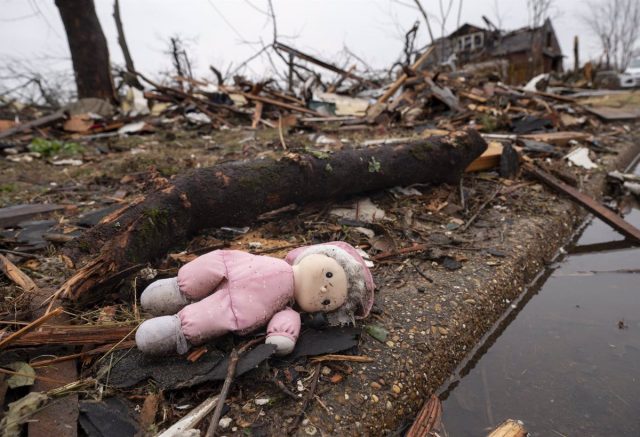 The President of the United States, Joe Biden, announced Friday the declaration of a state of emergency in view of the floods that have hit the state of Kentucky, which have already left 15 dead, tens of thousands displaced and are among the worst ever recorded in the history of the territory.

To the death toll announced early Friday by Governor Andy Beshear must be added at least a dozen bridges washed away in Perry County, one of the six under high alert for rains that have washed away entire towns like Whitesburg or Hazard.

Approximately 25,000 residents of the state have been affected by the floods while Governor Beshear has warned the population and the media that the death toll could double in the coming hours.

Forecasts for the coming weekend anticipate further flooding on Saturday in some areas of the state, and flooding and mudslides “will continue to be a concern due to saturation of the land,” the governor has made known on his Twitter account.

Likewise, the governor has assured that, pending a concrete assessment, “the damage suffered is enormous and the recovery (of the state) will be a long-term effort.”

Read:  At least 34 civilians killed in the self-proclaimed republics of Donetsk and Luhansk in eastern Ukraine