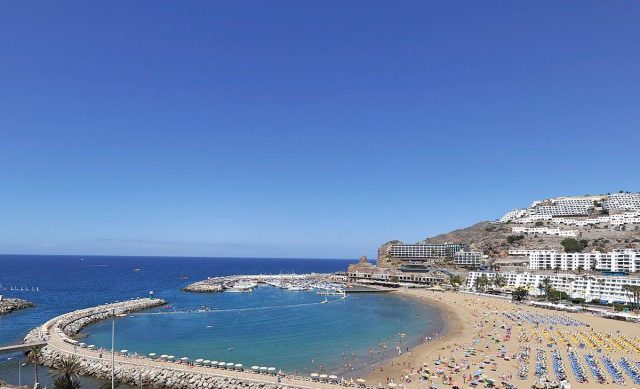 At least eleven migrants have died and another 31 have been rescued after the shipwreck of a boat that was sailing about 10 miles north of Desecheo Island, in western Puerto Rico, according to the Coast Guard.

“There are a total of 31 survivors: eleven women and 20 men. There are eleven victims. We have a C-130 plane that will join the search, helicopters from the Borinquen Air Station are still searching and the (patrol plane) ‘Joseph Tezanos’ remains in the scene to continue the search and rescue efforts during the night”, explained the press spokesman for the San Juan Coast Guard, Ricardo Castrodad, as reported by the newspaper ‘El Nuevo Día’.

Likewise, Castrodad has indicated that the number of victims could increase in the course of the rescue efforts being carried out by the Customs and Border Protection Service (CBP) and the United Rapid Action Forces (FURA). .

A CBP reconnaissance plane spotted the boat and alerted the Coast Guard at 11:47 a.m. (local time) that the boat was sinking and that there were people in the water without life jackets.

“The priority is to save as many lives as we can. This is an urgent situation, and it’s a tragic situation because this is what we’ve been talking about for weeks. These are homemade boats, overloaded, unseaworthy and not counting with rescue teams on board,” Castrodad said.

Read:  Maduro assures that the sanctions imposed by the US have returned "like a boomerang" to Europe and America