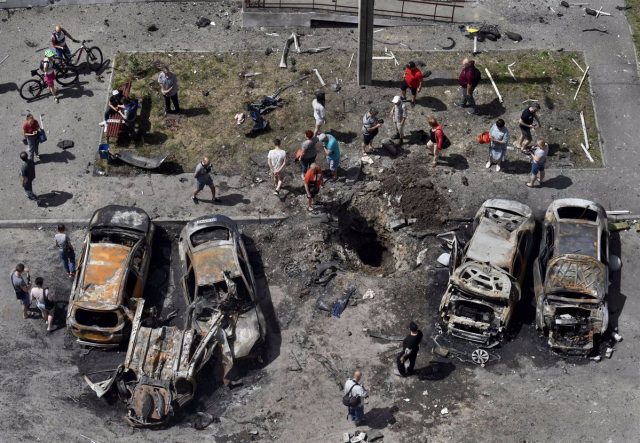 At least eight people have died and four others have been wounded as a result of an attack, attributed by Ukraine to the Russian Army, on a bus stop in the town of Torestk, located in the Ukrainian region of Donetsk.

As detailed by the head of the Donetsk Regional Military Administration Pavlo Kirilenko on his profile on the social network Facebook, among three of the wounded are children.

“The artillery was fired. It hit a public transport stop, where at that time there was a crowd of people. In addition, the Russians damaged the church and wounded the priest,” Kirilenko has denounced.

At this point, the Ukrainian representative has recalled that “every day” the Russian Army carries out attacks in different points of Donetsk, with which he has taken the opportunity to remind the population of the need to evacuate the territory.

Deputy Prime Minister and Minister for the Reintegration of the Occupied Territories of Ukraine, Irina Vereshchuk, announced at the end of last week the beginning of preparations to order the mandatory evacuation of the region before winter given the almost total destruction of the heating supply infrastructure and the constant fighting against Russian forces.

He further estimated that the mandatory evacuation order would affect between 200,000 and 220,000 residents of the region, right now the epicenter of fighting between Russian and Ukrainian forces. However, he later put the number of citizens who will have to move to other regions at more than 500,000.