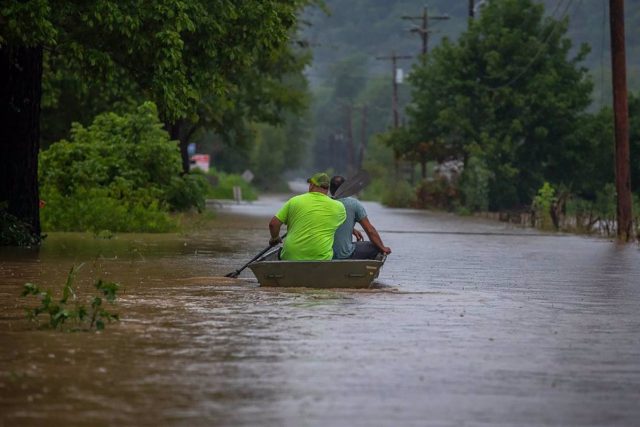 At least eight people have died and several are missing in the U.S. state of Kentucky due to flooding that is sweeping the region, Governor Andy Beshear said Thursday.

The Kentucky governor, who has declared a state of emergency due to the large accumulation of water in the eastern part of the state, has expressed hope that the death toll will not reach double digits, although he does not rule it out.

“We are doing everything in our power. This is a very tough and widespread event. We are in a race against time, but every member of the National Guard, every Ketucky State Police officer, every person out there doing everything they can. So if you see them, please say thank you,” Beshear said, WKYT reported.

Read:  Ukraine and Russia report the evacuation of at least 14,000 Ukrainians in the last 24 hours

“This is an ongoing natural disaster. We are in the midst of it and, in some places, it will continue through tonight with the possibility of more rain in the days ahead (…) We urge everyone to continue to take precautions to keep themselves and others safe,” Beshear said, according to a statement issued by his Executive.

The governor also described the storm as “by far the worst flood disaster of my lifetime,” and asked U.S. President Joe Biden for federal recovery funds.

“Today I have made a direct request to the President of the United States for federal assistance to respond to the devastating flooding in eastern Kentucky. The damage sustained is enormous and recovery will be a long-term effort. This assistance is critical to our efforts and essential to our people,” the state’s governor said on his Twitter account.