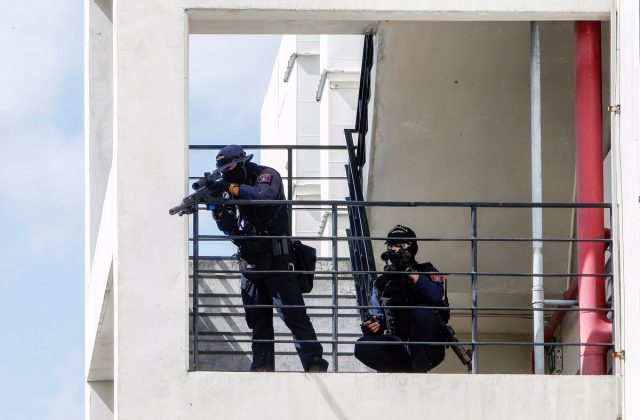 Thailand’s National Police on Thursday confirmed the death of 35 people, including 24 children, after a former officer opened fire at a kindergarten located in the town of Na Klang, Nong Bua Lamphu province in northern Thailand.

The deputy director of the National Police, Pol Gen Torsak Sukwimol, put the number of injured at fifteen, eight of them seriously. The man came to the school with a gun and opened fire, but the motives have not yet been revealed.

Read:  The Central Bank of Afghanistan rejects the US appropriation of its funds

However, the man, identified as Pol Panya, 34, could have committed this tragedy in retaliation for his expulsion from the Police Corps in June this year, after being arrested and confessing his involvement in a case of drug trafficking. He was scheduled to testify in the case this Friday, reports the Bangkok Post.

After that, he managed to escape and went to his home, where he killed his wife and one of his three children before committing suicide, which would bring the total death toll after the attack to 38, according to the newspaper ‘Thairath’.

Read:  Death toll rises to more than 90 as Cyclone Batsirai passes through Madagascar

For its part, the Ministry of Social Development has ordered the police to mobilize to assist the victims’ families.

The Thai Prime Minister, Pratuyh Chan Ocha, had previously ordered the Chief of Police to go to the scene to coordinate the search and capture of the suspect.

This is the worst mass shooting experienced in Thailand since February 2020, when a soldier opened fire inside a shopping mall in the city of Nakhon Ratchasima (center), killing 29 people and wounding 58 others before police were able to shoot him down.