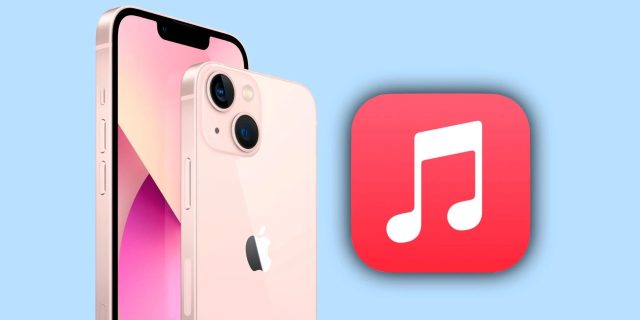 Over time, Apple has made no secret of its emphasis on using proprietary apps to the detriment of other App Store developers. Even though Spotify is the largest music streaming service in the world, ranking first among iOS users, the company would prefer all users to use Apple Music, and in this case it seems that the operating system is programmed to replace other applications in the list when it is reinstalled.

Normally, when you download an app from the App Store, it appears in the last free position on the last app page. This has been the case with all apps since the app store was released with iPhoneOS version 2.0 (the old name of iOS). In the case of Music, the rules seem a little different, though.

If you delete the Music app from the iPhone menu, something that Apple has been allowing for several years now, when you decide to reinstall it from the App Store, it is downloaded directly to the dock at the bottom of the screen. The four most commonly used applications are usually “anchored” here, with many users putting the calls app, the messaging app or the Mail app there, alongside the music app. Somehow, Apple expects the music app to be permanently there and seems to be willing to replace other apps in the dock to put Music there.

Seems like if you download the Apple Music app from the App Store, it will automatically appear on your device (iPhone) dock, more than this, it will change any other 3d party app with the Music app. If on your dock, you only have Apple apps it won’t do anything. pic.twitter.com/c0pkO9G2pq

If the dock is “full”, that is, it is already populated with four applications, when you reinstall Music, one of them will be moved back to the phone menu to make room. At no point, however, is the user asked if they want to replace an application in the dock with Music. Everything happens automatically. However, the application that is being replaced is not always a 3rd party application, from the App Store developers, or the music ones, as we see in the video example above. If all applications in the dock are manufactured by Apple, Music will replace one of them.

Given that Apple has prioritized its apps in previous App Store searches, this move isn’t exactly surprising. However, following these findings, Apple may have legal issues again if the developers again accuse the company of unfair competition.