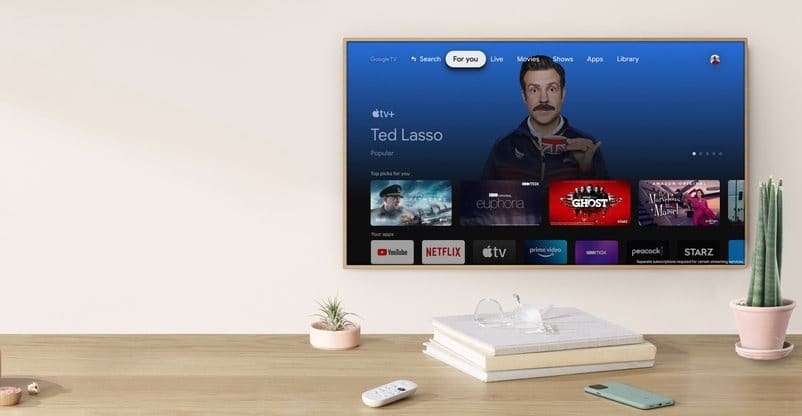 Like other companies, such as Netflix or Spotify, it does not offer the ability to pay for subscriptions through Apple services, to avoid the “Apple fee” of 30%, and Apple in turn has eliminated the ability to buy or rent movies in Apple TV on Google TV and Google TV on Google. Those who use these apps will need to shop on other platforms to access TV content.

Apple TV is an application that includes not only movies and TV series, which are available on a subscription basis, just like Netflix or HBO Max, but also the ability to rent or buy movies and series. However, Apple does not seem to want to pay the commission of 30% of each transaction to Google, just as other companies try to “fake” its commission (Epic Games is a good example).

Those who want to continue accessing this feature are directed to other devices, with a new message: “You can buy, rent, or subscribe to the Apple TV app on an iPhone, iPad, or other streaming device.” These can then be accessed from the previous shopping list, but the movie and series tabs have been completely removed.

You may still be able to pay directly into the app by refusing to update your Apple TV to the latest version. It seems that those who did not update can still pay for content directly in the application on Google platforms. However, Apple may block older versions in the future with an update that requires a specific version of the application to access content.

However, Apple’s response to Gizmodo blames Google’s “backyard”, but does not explain the situation in detail: