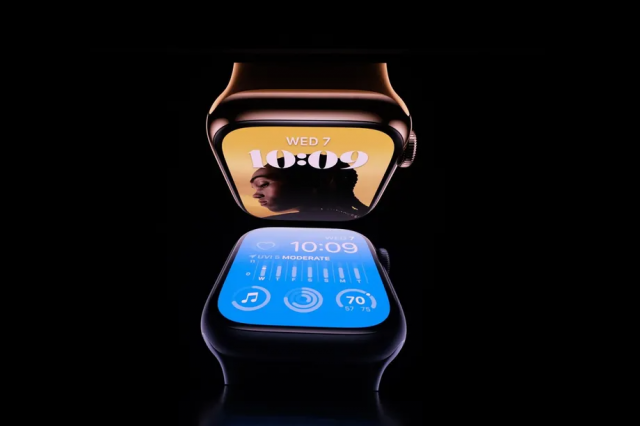 Apple has announced the new Apple Watch Series 8 smartwatch with a sensor that measures body temperature.

According to the company, the device can detect temperature changes of just 0.1 degrees Celsius and measures temperature every 5 seconds. This new feature can help women find out when they are ovulating. The data is encrypted locally, directly on the watch.

The watch comes with a slightly changed design compared to the Series 7, with a larger display. Apple Watch Series 8 also includes fast charging technology, increased durability and a crash detection system. Crash Detection can identify four different types of crashes: rollover, side impact, front impact and rear impact. This feature is only active when the user is driving, to conserve battery life. Also read: Apple launches new iPhone 14 and iPhone 14 Plus smartphones with same processor as last year. iPhone 14 Pro gets rid of the notch

The watch will be available in four colors. The version that includes only the GPS sensor will cost $399, and the one that includes LTE connectivity will be priced at $499.

Apple Watch Series 8 will debut on the market on September 16.

Along with the Watch Series 8, Apple has released the Watch Ultra, a larger and more rugged smartwatch than the other models in the company’s offering.

Read:  The YouTube Vanced team reveals the real reason why the app disappeared

The new model comes in a different design. The case is 49 mm and made of titanium.

The device is aimed at people who spend a lot of time outdoors, explorers or extreme sports enthusiasts. Apple Watch Ultra has up to 60 hours of battery life

In case of an accident, the watch includes an 86-decibel siren that allows others to hear users.

For divers, the watch automatically launches a dedicated app when they are in the water. What’s more, the model has EN 13319 certification for divers.