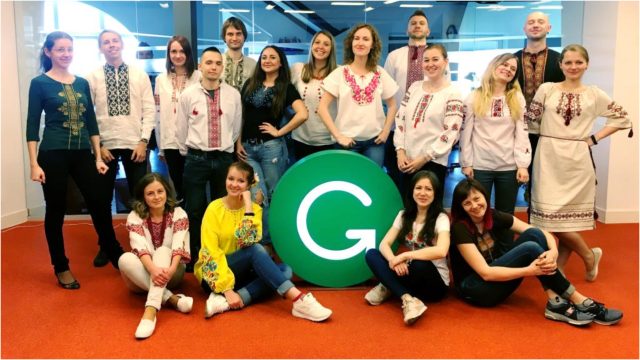 The startup Grammarly, one of the most valuable in the US, continues to pay its employees in Ukraine who have enlisted in the armed forces fighting the Russian invaders.

“The team is primarily focused on their safety,” he said. Grammarly has over 600 employees in Ukraine.

Hoover did not say how many of them enlisted in the army or how many left the country. He said some employees had been relocated to less dangerous areas of Ukraine.

According to the UN refugee organization, more than 10 million Ukrainians have fled their homes because of the war.

The company, valued at $ 13 billion, is developing proofreading and handwriting solutions.

Read also: “Shame list”: Technology companies that have not yet left Russia

Last fall, Grammarly raised $ 200 million in new funding from a group of investors, including BlackRock Inc. and Baillie Gifford & Co.

The company was founded in 2009 in Ukraine by Alex Shevchenko, Max Litvin and Dmitro Lider. The company now has headquarters in California and offices in Kyiv, Vancouver and New York.

Read:  Elon Musk says he will present a functional version of the Optimus biped robot in 2022

Unlike other startups, the company was profitable almost from the beginning. According to Hoover, the financial goals for the next period will not be affected by the war, but the conflict could delay some of the projects Grammarly is working on.

Even Russian-born companies are working to help Ukraine. Luxoft announced that several donations are coming out of the Russian market to help the victims of the conflict. The company was founded in Moscow in 2000 by its current CEO, Dmitry Loschinin.