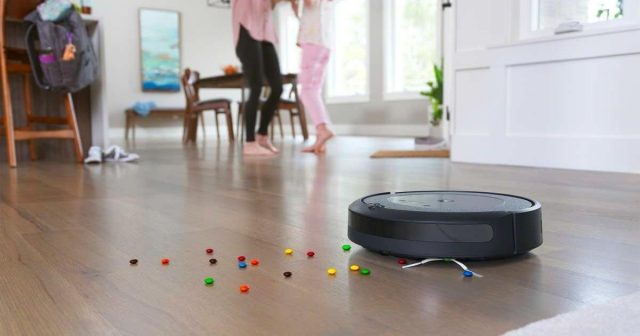 Amazon, one of the largest companies in the online space in the world, has announced plans to buy iRobot, one of the largest manufacturers of home robots. iRobot makes the famous Roomba brand of vacuum cleaners and will be acquired for $1.7 billion in cash. This isn’t the first robot company Amazon has had in its portfolio, with Kiva Systems being acquired ten years ago under the Amazon Robotics umbrella.

Once the acquisition is complete, iRobot’s Roomba robots will be sold as Amazon products

The iRobot company was founded in 1990 by Colin Angle, Rodney Brooks and Helen Greiner, members of the MIT Artificial Intelligence Laboratory. However, the product that put iRobot on the map didn’t come until 12 years later, in the form of the first Roomba vacuum cleaner. While many believe this was the first robot vacuum cleaner, it wasn’t based on a 100% original idea.

Even though Roomba brought robot cleaners into the mainstream, Electrolux was the first company to develop such a product as early as 1996, when it launched the Trilobite vacuum cleaner. The Trilobite, like the earlier Roomba models, did not include as many sensors and artificial intelligence for cleaning the home, but used a pattern of almost random motions to cover as much of the cleaned space as possible.

There was already a relationship between Amazon and iRobot, integrating voice commands via Alexa into Roomba robot software and Amazon Web Services for online infrastructure. Now, however, iRobot robots and technologies will become Amazon products, likely with even more integration.

“Ever since we started iRobot, our team has been on a mission to create practical and innovative products that make customers’ lives easier, leading to inventions like Roomba and iRobot OS. Amazon shares our passion for making thoughtful innovations to empower people to do more at home, and I can’t think of a better place for our team to continue our mission. I’m very excited to be a part of amazon and to see what we can build together for customers in the years to come.”, said Colin Angle, CEO of iRobot.

We know that saving time matters, and household chores take up a lot of valuable time that can be spent doing what our customers love to do. Over many years, the iRobot team has proven its ability to reinvent the way people clean with products that are incredibly practical and inventive, from cleaning when and where customers want while dodging common household obstacles, to automatically emptying debris into the collection bin. Customers love iRobot products and I’m excited to work with the iRobot team to reinvent the ways we can make customers’ lives easier and more enjoyable.”, said Dave Limp, SVP of Amazon Devices.