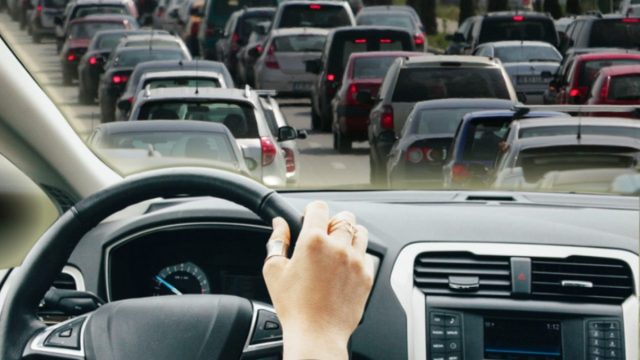 Romanian drivers receive the most unfortunate news, even from the Romanian Parliament.

If you bought on-board video cameras in the hope that you could gather evidence more easily when you could be involved in a car accident, you should know that you threw your money out the window.

The Romanian Parliament is categorically opposed

The legislature has just definitively rejected a bill that would have allowed police officers to impose fines, based on video recordings captured by Romanian drivers’ cameras.

The investment made so far in such devices no longer justifies its money, from this point of view.

However, the authorities amended the Road Code, adding new reasons for sanctions for Romanian drivers.

For example, drivers who do not drive with clean car windows and in perfect visibility are at risk of fines of up to about 1,200 lei. The new fine can be applied from February 27. Therefore, traffic police will be able to sanction “non-compliance with the obligation to keep permanently clean the windshield, rear window and side windows of the vehicle, agricultural or forestry tractor, if this restricts or blurs visibility while driving.” Consequently, those who will go with the dirty windows after that date will risk fines included in the third class of sanctions (from six to eight penalty points), respectively between 870 and 1,160 lei, draws the attention of Avocatnet.ro .

However, there is a big problem. The legislation recently adopted by the Romanian authorities is not clear regarding the concrete definition of dirty windows. It will probably be up to the police officer to determine, on a case-by-case basis, whether visibility is impaired while driving. In any case, drivers should take a precautionary approach and wash and clean their cars regularly, as the registration numbers must also be clearly visible in traffic. Therefore, good guard will pass bad danger!

Also, the aggressive behavior of drivers will be severely punished, from the end of February. The new legislation stipulates, among other things, that the act of driving unjustifiably with a vehicle on the emergency lane of the highway (from 580 lei – 725 lei to 1,305 lei – 2,900 lei) is transferred to a higher class of contraventions; at the same time, the complementary contravention sanction regarding the penalty points (3 penalty points) is replaced by the suspension of the exercise of the right to drive for 90 days.

Read:  If you like Amazon's Lord of the Rings series, you don't want to know what Elon Musk has to say about Rings of Power

Drivers should also be aware that non-compliance with the rules on prioritization (from 580 lei – 725 lei to 870 lei – 1,160 lei) is passed in a higher class of contraventions; at the same time, the complementary contravention sanction of suspending the exercise of the right to drive is increased from 30 days to 60 days.

At the same time, a new speed limit is regulated, respectively exceeding by more than 70 km / ha the legal speed limit, for which an increased period of suspension of the exercise of the right to drive will be applied, respectively 120 days.