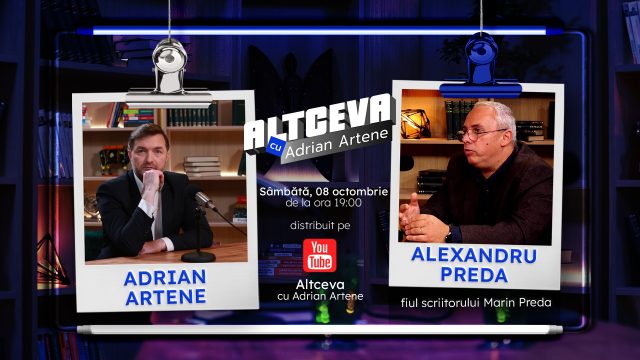 Alexandru Preda, son of writer Marin Preda, is Adrian Artene’s guest on the ALTCEVA podcast to be broadcast on Saturday, October 8, starting at 19:00.

Alexandru is Marin Preda’s youngest son. He is a series critic, reviews on his blog, Serialex, and is passionate about music.

The writer’s son told ALTCEVA about his father’s taboos, the confession he made to his wife before his death and the truth about the conversation between Marin Preda and Nicolae Ceaușescu.

Watch the full interview with Alexandru Preda on Saturday 8 October at 7pm only on the YouTube channel Something Else with Adrian Artene.

Read:  How many electric cars can be built in 2023 with the available raw materials

Apple has a new name for its AR and VR operating system: xrOS