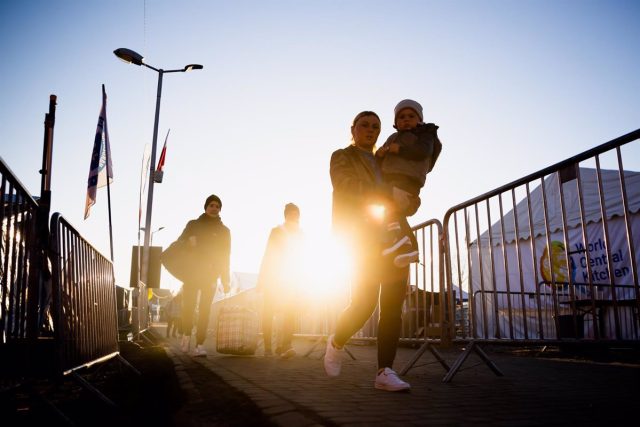 Nearly 30,000 people return to Ukrainian territory every day after having to leave the country as a result of the Russian invasion, which began in late February.

This has been transferred by the United Nations Office for the Coordination of Humanitarian Affairs (OCHA, for its acronym in English), based on information offered by the State Border Guard Service.

Almost two months after the start of the war, more than 870,000 civilians have returned to Ukraine, a country that is now causing humanitarian organizations to worry about deteriorating food security.

This significant figure suggests that return migration to Ukraine could continue to increase, potentially creating new challenges for the humanitarian response, as people will need support to reintegrate into their communities or find suitable host communities. United.

It is estimated that within the European country there are about twelve million people with humanitarian needs, of which only 2.1 million have received the required attention. In these, the UN has redoubled its call to obtain economic financing worth some 1,100 million dollars – more than 1,015 million euros -, of which around 64 percent have been collected so far.

Despite the fact that Moscow announced the withdrawal of its troops several days ago, the fighting has now intensified in areas of the south and east. In addition, Russian troops have left behind thousands of square kilometers — some 300,000, almost half of Ukraine’s territory — littered with mines.

On the other hand, OCHA has also lamented the death of two humanitarian workers, along with part of their families, in the port city of Mariúpol, after an attack on the building where they were staying, a Caritas office.

In a statement, the UN Emergency Aid Coordinator, Martin Griffiths, said he was “deeply saddened” by the news and sent his “heartfelt condolences” to the families of the victims.

“This deeply tragic and unacceptable event is just one example of the horrific consequences of this war for civilians, including humanitarian workers,” Griffiths added. “This must stop,” she asserted.

Likewise, Griffiths has defined the port city of Mariúpol as the “epicenter of horror” in Ukraine, a country in which more than 1,931 civilians, including 150 minors, have already lost their lives in the framework of the Russian invasion.