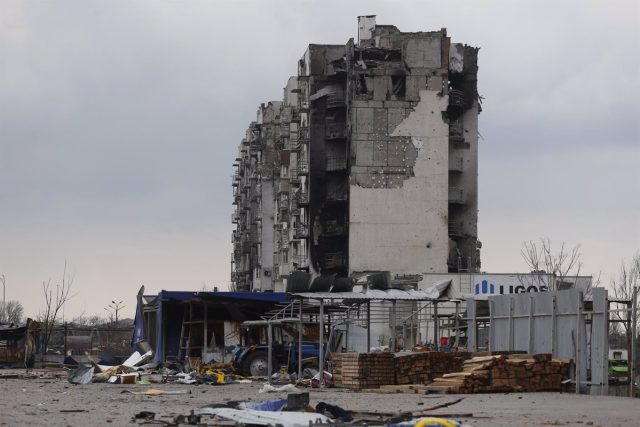 A United Nations team will travel to the Ukrainian city of Zaporizhia, in the east of the country, to “prepare” a possible evacuation of civilians from the town of Mariupol, where more than 100,000 remain trapped by the siege of Russian forces.

The UN humanitarian coordinator in Ukraine, Osnat Lubrani, has announced the start of this trip, “at the request” of the organization’s secretary general, António Guterres, who began a visit to Ukraine on Tuesday in which he has already visited areas such as Bucha, Irpin or Borodianka.

Read:  Former US Marine sentenced to prison in Russia says his case is 'fabricated'

“The UN is fully mobilized to help save lives and help those who need it,” Lubrani said on his Twitter account, along with a video showing the departure of the convoy of vehicles heading for Zaporizhia.

The organization has repeatedly called on the parties to agree on humanitarian corridors to facilitate the departure of civilians and the sending of humanitarian aid in Mariúpol, after several organizations warned of an extreme situation in this city.

However, the Ukrainian and Russian authorities have still not reached an agreement and initiatives by the International Committee of the Red Cross (ICRC) have previously failed, and they were a few kilometers from Mariupol waiting for an agreement that never came.

Read:  Lavrov says "as far as it depends on Russia" there will be no war in Ukraine