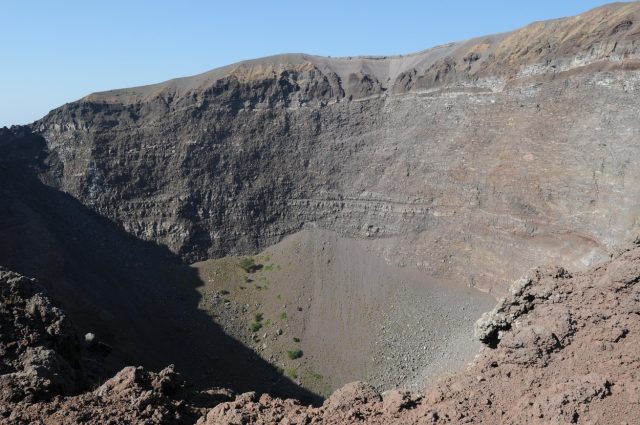 A tourist fell into Mount Vesuvius, an active volcano in Italy, while trying to retrieve his phone which had slipped out of his hand after taking a selfie.

The 23-year-old was rescued by employees of Vesuvius Park. According to authorities, the tourist had followed an unauthorised path to reach the top of the 1,281-metre-high volcano.

He allegedly chose this route because tickets were no longer available. Every day 2,700 tickets are sold. So the man ended up on the opposite side of the crater, which is closed to visitors and has no safety features such as railings.

Read:  OnePlus is preparing a smartphone with fast charging at 150W: 100% battery in 12 minutes

The man fell several metres into the volcano crater and suffered only minor injuries to his legs, arms and back. The tourist was accompanied in the restricted area by two other Americans, two Britons and an Austrian. All were detained by the Carabinieri and most likely fined.

According to park officials, cases where visitors choose unauthorised routes to reach the top of the volcano are very rare.

People die in search of the perfect selfie

The incident brings to mind an incident that happened in 2020. A 25-year-old was taking photos and selfies in Glen Canyon National Recreation Area when he slipped and then fell to his death. While recovering the body, sheriff’s office employees and rangers made an unexpected discovery in the same spot: they came across other human remains that no one knew about.

Read:  How to "kick out" someone who uses your Netflix account

The Glen Canyon incident came shortly after, also in the US, two college students fell from the roof of a four-story building while taking selfies, according to police.

In the first three quarters of 2021, there were 24 selfie-related deaths worldwide.