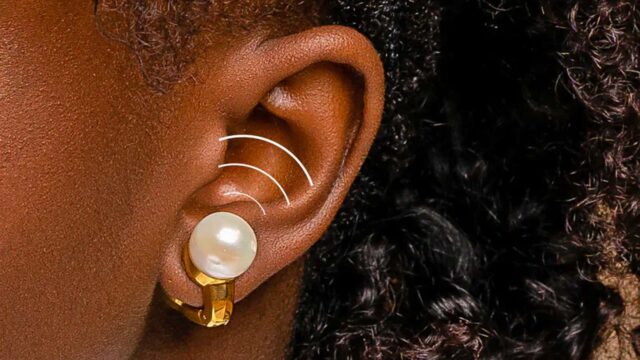 The field of wearables still doesn’t seem to have reached its potential, as novel products are still emerging that we didn’t know we needed until we saw them. We’ve seen over the past few years rings that can monitor health status, for those who don’t want a smartwatch or fitness bracelet, the Nova H1 Audio Earings are exactly what the name describes: a pair of clip-on, or stem, earrings that also serve as true wireless headphones.

The new Nova H1 headphones appear to be a pair of earrings with pearls on the outside, and seem to be made specifically for the female audience. Wearing the headphones may be considered rude around other people, but it’s also nice to be able to answer the phone without having to take the phone out of your pocket or fumble for the headphone case. So earrings with integrated earphones that can also act as a fashion accessory seems to be a concept that balances the useful with the pleasant. Despite the fact that the earrings are attached to the earlobe, the sound is still transmitted to the ear canal through clever positioning of the speaker. It is hidden under the earring and sends the sound up towards the ear. This certainly means you won’t get ambient noise cancellation, and the quality of sound reproduction might suffer, especially in noisy spaces, the solution should be good enough to hear a call or a song.

The battery life of these headphones is 3.5 hours of listening to music and one hour of calls, most likely due to the design being made to mimic a pair of earrings rather than being practical for a pair of headphones. The charging box, which has a jewelry box design, powers the headphones for a total of 14 hours of use. An important aspect to these headphones, however, is that the internal battery of the “earrings” can be changed, so the Nova H1 headphones are made for long-term use. As for the price, this is mainly conditioned by the precious materials from which they are made. There is a gold version at €695, and a silver version at €595. Both use real pearls.