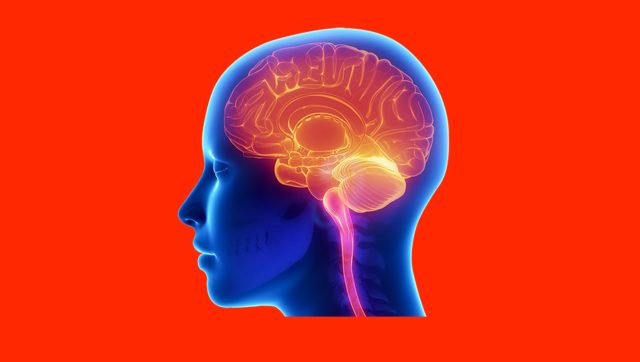 The field of neurology is booming. The brain is an organ that has not yet been fully elucidated, which is why every new piece of information about the nervous system is amazing. Find out the interesting curiosities about the human brain.

The most interesting curiosities about the human brain

I have heard many times how important water is for the body. We do not all achieve our daily goal, but I think this information will make you want to do it. The human brain is made up of 73% water, which means that a dehydration of only 2% strongly affects attention, memory and cognitive activities.

The brain weighs approximately 1300-1400 grams. Of these, 60% are fat, which means that this organ is the fattest in the body. In the same vein, 25% of the body’s cholesterol is in the brain. This is an integral part of every cell, without an adequate amount of cholesterol the brain cells die.

Read:  The good news of the day for all Romanian drivers: payment of compensation to RCA for most, in just 5 days

The exact number is not known, but the latest studies have shown that there are about 86 billion nerve cells. If we consider that each neuron connects with others, 40,000 synapses would form. Thus, a piece of brain tissue the size of a gram of sand would contain a billion synapses.

Not all brain cells are the same. That is why there are 10,000 types of neurons, each with a specific purpose.

I have often heard of how the brain develops or of conditions that interrupt this growth. As any parent would attest, a teenager’s brain is not fully formed until the age of 25. Only then can we talk about a mature organ.

We know that the way the brain works is based on transmitting electrical signals. The brain generates about 12-15 watts of electricity. This would be enough to power a low power LED.

The most complex part of the brain remained that of psychology. However, it turned out that we generate about 50,000 thoughts in one day. The worrying thing is that 70% of these thoughts have turned out to be negative for most people.

Many of us have difficulty managing our emotions or expressing our feelings. The capacity for emotions such as joy, fear and shyness are already developed from birth. The specific type of education the child receives shapes how these emotions will develop.

9. The effects of the modern lifestyle

Unfortunately, it has been scientifically proven that since the Victorian era, the IQ has dropped by an average of 1.6 points per decade. Thus, our brains have shrunk in size over time. Over the last 10-20,000 years, the human brain has shrunk to the size of a tennis ball.

Doing more than one thing at a time makes us less productive. When we think we are doing several tasks at the same time, the brain simply switches from one task to another. This leads to a decrease in attention span, learning ability and short-term memory.