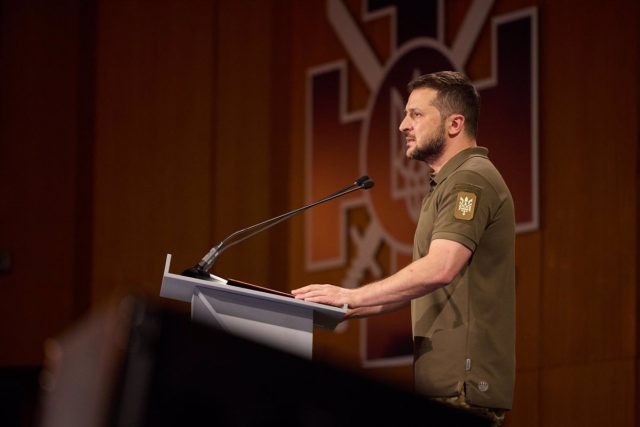 Ukrainian President Volodimir Zelenski has warned that the situation at the Zaporiyia nuclear power plant remains “very dangerous”, despite the fact that the facility is now back connected to the Ukrainian power grid.

The Ukrainian leader has accused Russian forces of continuing their “provocations,” a term similar to that used by the Russian authorities to blame the other side for the escalation of tensions around Europe’s largest atomic power plant.

“Any possible repetition of what happened yesterday (…), any action by Russia that could trigger the shutdown of the reactors, will again leave the plant one step away from disaster,” Zelenski said in a speech on Friday evening.

For this reason, he has insisted on the need for the International Atomic Energy Agency (IAEA) to send “as soon as possible” a mission and help keep the facilities “under continuous Ukrainian control.” Since the beginning of March, Russian forces have been in control of the plant.

The IAEA Director General, Rafael Grossi, sees the agreement as feasible and has even pointed out on several occasions — the last of them this very Friday — that it could be a matter of “days”.