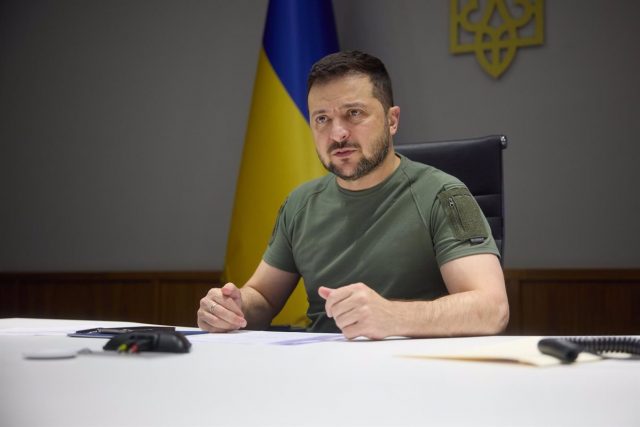 Ukrainian President Volodimir Zelenski has urged this Tuesday before the UN Security Council that Russia cannot have nuclear weapons, claiming that it does not guarantee the security of the whole world.

Speaking at an emergency meeting of the UN Security Council convened on the occasion of the referendums organized in the eastern regions of Ukraine, Zelenski has pointed out that nuclear weapons have become “a constant narrative” of Russian officials and propagandists.

“Threats to use nuclear weapons have become a constant narrative of Russian officials and propagandists. This proves that Russia has no right to possess nuclear weapons as it cannot guarantee the security of the world,” the Ukrainian leader said, Ukrinform agency reported.

Read:  Letta suffers his first casualty in his bid to unite Italy's center-left

In this regard, the Ukrainian president emphasized that the Kremlin had ignored the appeals of the International Atomic Energy Agency (IAEA) to vacate the Zaporiyia nuclear power plant.

All in all, Zelenski has called on the international community to deprive Russia of its permanent membership in the UN Security Council and to exclude it from all international organizations.

Recalling his speech last week to the UN General Assembly, the Ukrainian president has reminded that “there is only one way to stop” the Ukrainian war, which is to carry out a “complete isolation of Russia in response to everything it does,” Unian agency has reported.

Read:  Moroccan justice sentences 13 migrants to two and a half years in prison for jumping Melilla fence

“Russia must be excluded from all international organizations. If such exclusion is procedurally complicated, its participation should be suspended,” Zelenski has added.