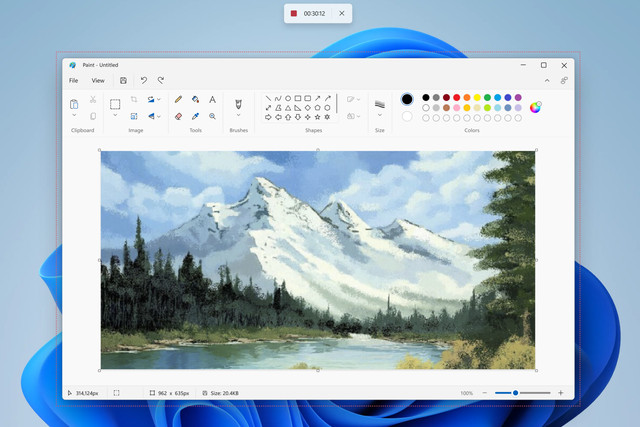 After taking the first step by announcing a new experience when taking screenshots, Microsoft is expanding this Windows 11 functionality with native support for screen recording as well.

The new functionality will be added to the Snipping Tool app, offered by Microsoft as a free add-on. Thus, the Windows 11 version of the app will soon also get screen recording functionality, complete with crop function for selecting a specific area of the image.

Announced more than 4 years after Microsoft overhauled the “experience” offered when accessing the screenshot feature, the updated version of the Snipping Tool app is currently only available to Windows 11 users who have enrolled in the Windows Dev test group:

Read:  I tested 5G in Romania, and the first results are unexpected for me

“We know Snipping Tool is a favorite among the Insider community, so we’re very excited to introduce a built-in screen recorder with this update!” explains Dave Grochocki, product manager for Windows inbox apps. “Snipping Tool has always made it quick and easy to capture and share content on your computer, and with the built-in screen recorder, we’re extending those capabilities to even more content types.” The inclusion of the Crop feature will make the new Snipping Tool version much more attractive to users who want to record a specific application instead of the entire screen. Until now, this functionality could only be “improvised” using the Xbox Game Bar, but with less control over how the recording is done.

Read:  Motorola's ThinkPhone will also be sold in stores. How much is the new business phone