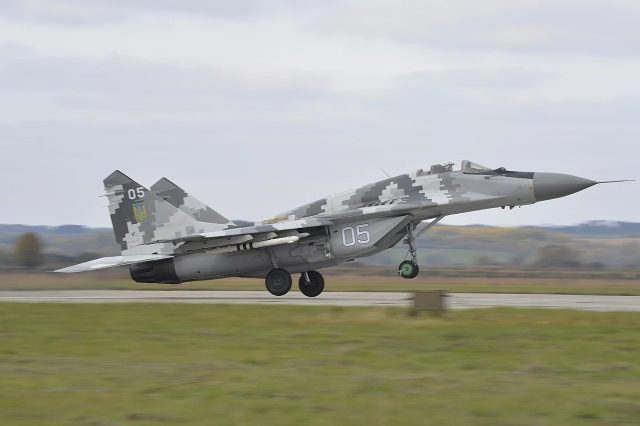 Many people condemned the United States for refusing to take over several Polish-offered MiG-29s and then hand them over to Ukraine. In fact, the decision of the White House was a wise one. I’ll explain why.

First of all, such a delivery would have increased, as well as the imposition of a no-fly zone over Ukraine, the risk of a much bigger conflict between NATO and Russia. (Let’s not forget that both entities have nuclear weapons.) This is because Ukraine would not have missed the opportunity to highlight, on the Internet, the victories obtained with the help of the received aircraft, with the Polish colors on them (it is hard to believe that someone had time to repaint them). This would have further irritated the Kremlin regime, already angered by the failure of the previous military campaign and the harsh sanctions imposed by the West.

Secondly, and most importantly, MiG-29s would not help much in this conflict. Most people don’t know what the role of this plane is. Many, including in Ukraine, expected the planes coming from Poland to be unleashed against convoys of vehicles, tens of kilometers long, heading for Kyiv.

Read:  What are water-to-water geothermal heat pumps, suitable in Romania

Read also: How the Americans managed to give the Ukrainians secret Stinger systems by removing a few screws

However, the MiG-29 has low ground attack capabilities, as noted by The War Zone. This is not a multi-role aircraft, such as the F-16 or F-35, capable of performing multiple types of missions, but a fighter aircraft that must ensure air superiority. His role is to take off, find and destroy enemy aircraft, then return to base for refueling and repeat the operation.

The MiG-29 would not work wonders in aerial confrontations either

At the moment, however, Russia is using few planes in the war in Ukraine. Why this is happening is a mystery, but it is probably also related to poor supply and lack of resources and weapons. Moscow is known to have low stockpiles of guided bombs for aircraft.

Under these conditions, the fighter jets donated to Ukraine would not have much to hunt for. If, however, he were to run into an opponent, he would most likely be a Su-27, a Su-34 or a Su-35. All are superior to a MiG-29, even upgraded to NATO standards.

Read:  How To Gamble Online In Canada

If they were sent against Russian ground forces besieging major cities in Ukraine, MiG-29 aircraft would not be able to do much because they are not suitable for ground attack missions. On the contrary, many pilots would end up there, as Russia still has many advanced air defense systems in the area, such as the Pantsir-S1 or Tor.

Ukraine, on the other hand, needs additional deliveries of MANPADS-type systems, such as Stinger, Bayraktar drones – very good against ground targets – or anti-tank systems such as Javelin or NLAW. These are the weapons that have made and will make a difference in this war. They are cheap, easy to use, and those who use them have a good chance of escaping with their lives. In the case of Stinger, Javelin or NLAW, which are “pull and forget”, the operator can take cover immediately after launching the rocket. She goes to the target alone.