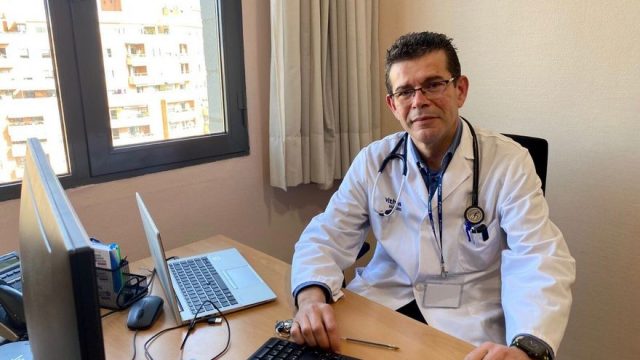 Specialists point out that the return to routine and to work after the summer vacations causes in many people the so-called post-holiday syndrome, a process of adaptation that generates both physical and psychological alterations accompanied by symptoms such as. anxietynervousness, nervousness, apathy, tiredness, low mood, insomnia and even headache or gastrointestinal and eating disorders, such as lack or excess of appetite.

In this sense, the internist of the Hospital Vithas Valencia 9 de Octubre Dr. Jesús Recio explained that “the post-holiday syndrome has its origin in the change of biorhythms, since after the vacations work alters again our vital routine”.

“According to the Spanish Society of Family and Community Medicine (SEMFYC), it affects up to a 40 percent of the populationand it usually has a greater impact on women, simply because many of them play an important role in the organization of family tasks in addition to their work,” stressed Recio, as indicated by the Vithas hospital in a statement.

The experts stress that normally the symptoms, both physical and psychological, remit after a few days, once the individual adapts to the work, family and social routine. According to Dr. Recio, “20% of those affected manage to recover completely in just two days.but 35% carry symptoms and discomfort for two weeks”.

“Only in the case that the symptoms derive in a generalized anxiety syndrome or chronic stress, the patient should be referred to a psychologist, since it could be a consequence of other psychological pathologies more serious,” he warned.

In this line, he remarked that “the stress and prolonged anxiety, in addition to producing mental disorders, can also trigger a series of physical disorders, of cardiovascular, digestive or respiratory types, and even dermatological disorders (with appearance of psoriasis, acne or eczema.)”.

Read:  Acute childhood hepatitis: these are the symptoms and causes

To alleviate them, Dr. Recio has insisted on the importance of eating a diet rich in vegetables and fruit, avoid drinking too much coffee and resume sports. In addition, he has recommended returning home a few days before returning to work to “adapt schedules, food and activity”.

“It is also important to do things that we feel like doing during our free time, outside working hours and set realistic goals,” the professional concluded.