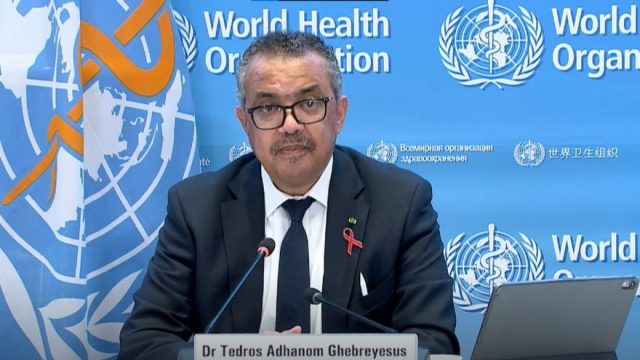 This Saturday’s activation of the international maximum alert for the monkeypox by the director general of the World Health Organization (WHO), Tedros Adhanom GhebreyesusThe WHO has already declared more than 16,000 cases (five of them fatal) in 75 countries, many of them in Europe, marking the seventh time that the WHO has declared an international health emergency.

In this article we review what the declaration of a “Public Health Emergency of International Concern” (PHEIC) means and what consequences it entails.

What is an international health emergency?

The World Health Organization (WHO) defines an international health emergency as “an extraordinary event that constitutes a public health risk of other States through the international spread of disease and potentially requiring a coordinated international response.”

This definition implies a situation that presents itself as follows:

What is the purpose of declaring a health emergency?

The highest priority is to contain the outbreak as quickly as possible. so that it does not spread to more areas of that country and to other countries that are so far safe from the pandemic. On the other hand, the Emergency Committee issues a series of temporary recommendations to the rest of the countries to prevent this outbreak from reaching their territories.

Following the declaration of a PHEIC, WHO’s role is then to coordinate and support the affected countries, and those potentially affected, to try to reduce the spread of the disease.

Read:  This is the side effect of paracetamol

Who decides on an international health emergency?

This responsibility rests with the members of the Emergency Committee of the International Health Regulations. (RSI) who are drawn from the IHR roster of experts established by the Director-General and, where appropriate, from other WHO expert advisory panels. The IHR roster of experts is composed of international experts in fields such as disease control, virology, vaccine development or infectious disease epidemiology.

How does the IHR Emergency Committee function?

The Emergency Committee is composed of international experts who provide technical advice to the WHO Director-General in the context of a “public health emergency of international concern&rdquor;. The Committee provides opinions on:

The Director-General makes the final determination of a PHEIC and Temporary Recommendations to address the situation, based on the advice of the Emergency Committee, information provided by States Parties, scientific experts, and an assessment of the risk to human health, the risk of international spread of disease, and the risk of interference with international travel.

How often does the IHR Emergency Committee meet?

According to the IHR, Temporary Recommendations automatically expire three months after their issuance. Therefore, Emergency Committees are reconvened at least every 3 months. to review the current epidemiological situation and to review whether the event continues to be a public health emergency of international concern and whether changes to the Temporary Recommendations are necessary.

What are the possible consequences of declaring a health emergency?

In addition to the logical direct health consequences it causes to the inhabitants of the affected countries (mobility restrictions, quarantines and other health obligations and guidelines to be met), the declaration of an international health emergency entails a large-scale impact on the domestic economy of the affected area, but also the ‘contagion’ effect that these declarations produce in the international panorama has repercussions on tourism and trade.

It is for that reason that the declaration of a health emergency occurs very rarely and after much discussion within the Emergency Committee.

What other health emergencies are still active?

With monkeypox, it is the seventh time that WHO has declared an international emergency (a mechanism initiated in 2005), after having done so for influenza A in 2009, Ebola in 2014 and 2018, polio in 2014, zika virus in 2017, and the covid-causing coronavirus in 2020 (the latter alert level still in force).