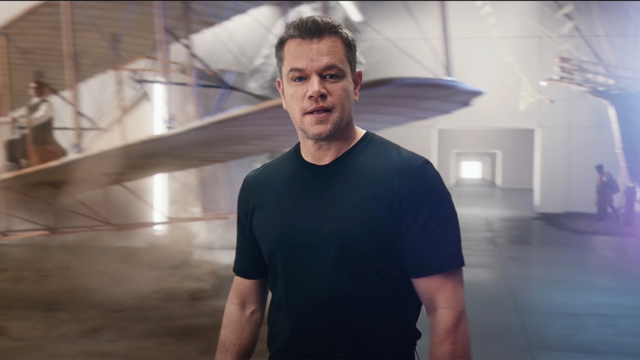 Actor Matt Damon suggested almost a year ago that people be brave and invest in cryptocurrencies in a commercial for Crypto.com. The video had a massive audience, including airing during the big Super Bowl sporting event.

“Fortune favors the bold” was the name of the commercial that featured the star of the movie “Good Will Hunting” at its center. It featured people who took risks to achieve important goals: conquering Mount Everest, flying the Wright Brothers, exploring space, etc.

What would happen if you invested $1,000 in Bitcoin, inspired by the ad

Also read Top 5: Cryptocurrencies that pollute the environment the most

The Matt Damon commercial has over 18.4 million views on YouTube:

Investing in cryptocurrencies has earned many people substantial profits, but the famous actor in “The Martian” had the misfortune to promote these assets before their price crashed. People haven’t forgotten the moment and have been harshly criticising the Hollywood star on Twitter.

For the right amount, the stars promote whatever

And outside the crypto industry celebrities have promoted controversial products for the money. Footballer Cristiano Ronaldo was the face of SixPad, a dubious “Made in Japan” gadget that promised to work users’ abdominal muscles without much effort on their part.

Read:  Rumor: iPhone SE 2023 will be an iPhone XR with updated hardware

Also CR7 appeared, in 2014, in a couple of ads for Pao, another bizarre Japanese gadget for training facial muscles.