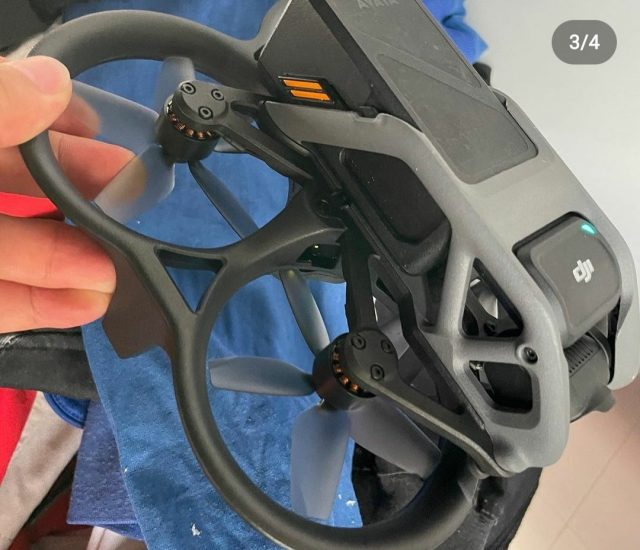 DJI is set to launch a new drone in its FPV model range. It will be called the Avata, according to recent leaks, and now we have the first images of it. It appears to be a smaller drone than the original FPV, adopting the “cinewhoop” design with four propellers at the bottom, protected all around to avoid crashes in confined spaces. Along with the first images comes the first video clip, in which the drone is not exactly well captured, but confirms compatibility with already available accessories.

DJI Avata to be launched soon

The DJI Avata is expected to launch in the next few months, and would be the Chinese company’s second FPV drone. Unlike other FPV models on the market, which are going for as small as possible with as little weight as possible, the DJI Avata looks like it will be a full-sized drone. With a large battery and stabilized camera system, the Avata could weigh around 500 grams, 250 grams over the limit for which you can operate drones without much restriction.

In terms of performance, at least comparable capabilities to the DJI Mini 3 Pro are expected, i.e. 4K shooting at 60 frames per second and stills at 48 megapixels.

Last year, along with DJI FPV, the company also released a few dedicated accessories. The DJI Goggles, which connect to the remote control and drone, as well as the FPV Motion controller, appear to be compatible with the new DJI Avata, as the drone was captured in a video on Twitter being used alongside these two extra devices.

looks like Avata has somatosensory support, and it was really under KOL’s evaluation pic.twitter.com/PLnhPbkpYa

Most likely, however, the drone will ship with a stick remote, which offers a much more precise control style than hand-motion based.