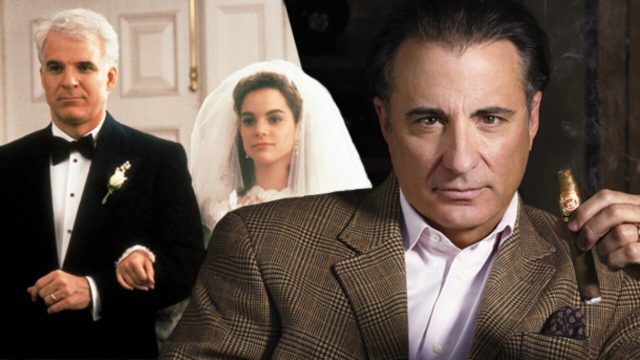 The trailer for the new series Father of the Bride shows us an updated script, but also a different cast, as far as I knew.

Originally released in 1991, the film starring Steve Martin, Father of the Bride, tells the story of a father who, when he learns that his only daughter is getting married, begins to panic and even behave very strangely. birth of many comic scenes.

Warner Bros. has announced since 2020 that it intends to reboot the popular film of the ’90s, this time choosing a slightly more modern approach, in line with the standards of this period, based on a screenplay written by Matt Lopez.

Andy Garcia and Gloria Estefan, starring in the new film Father of the Bride

From the trailer of the film we notice that Garcia and Estefan seem to have quite big problems in their marriage, although they promise that they will try to stay together at least until their daughter’s wedding, so as not to ruin her happiness. However, Cupid’s arrow could hit several places this time around, as it seems that parents have a chance to get a second chance to repair their marriage – or at least that’s what we know so far. , according to published images.

The reinvention of the film Father of the Bride changes the original formula and may have enough new elements to make the film work.

In fact, it is perfectly normal to feel hesitant when it comes to remakes of classic comedies, because so many have proved impossible to watch over time. It remains to be seen if Father of the Bride will be able to do what other comedy reinventions have failed.

If you liked the original and are curious to see how the new version looks, keep an eye on HBO Max on June 16th.