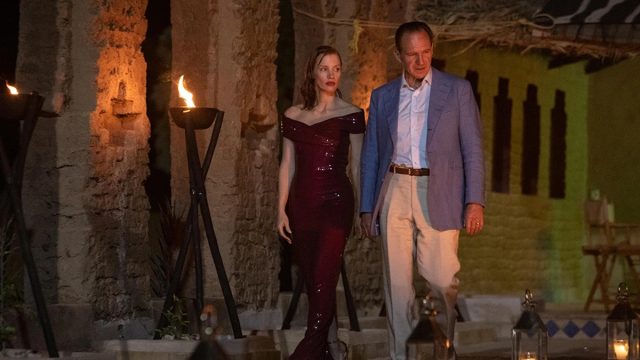 The Forgiven promises to be one of the most exciting films released in 2022, if you’re not exactly the type to watch the latest Marvel movie entries.

The Forgiven trailer reveals that John Michael McDonagh’s new film could involve a tense adventure, sprinkled with enough violence. Based on the 2021 novel of the same name by Lawrence Osborne, The Forgiven was first announced at Cannes 2018, starring Ralph Fiennes in one of the two lead roles.

Filming began in February 2020 in Morocco and was resumed after a six-month hiatus due to the COVID-19 pandemic. Jessica Chastain, Matt Smith and Caleb Landry Jones are also in the cast.

What the Forgiven is all about

Distributed by Roadside Attractions, the trailer for The Forgiven features David (Ralph Fiennes) and Jo (Jessica Chastain, winner of the 2022 Oscars) on their way to a wedding in Morocco, when they suddenly hit a Moroccan boy with a car.

At the wedding, they try to hide the accident and join the festivities, but the weekend promises to be a difficult one for them, especially after the arrival of the boy’s father, all these details leading to attempts at deception and a lot of revenge. The atmosphere is tense and, as expected, there will be enough upheavals.

Although The Forgiven will be released only on July 1, the film had its world premiere at last year’s Toronto International Film Festival and received rave reviews. Most critics noted the evil tone of the film, but also the negative characters, especially the one played by Ralph Fiennes. The script, in turn, received similar praise, which is typical of McDonagh, whose previous credits, such as The Guard and Calvary, had excellent screenplays.

The Forgiven will be available in theaters starting July 1, 2022, as previously mentioned.