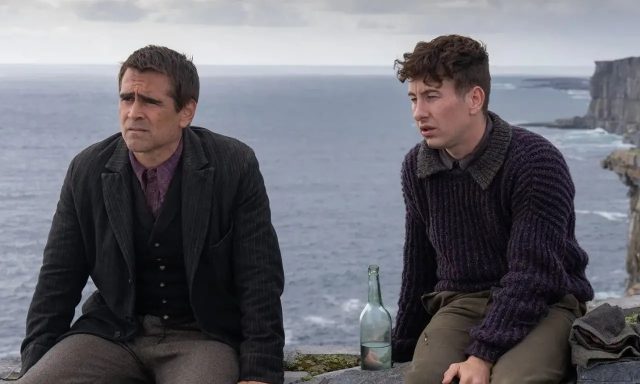 Searchlight Pictures has released a brand new trailer for Martin McDonagh’s The Banshees of Inisherin, in which you can see In Bruges star Colin Farrell and Brendan Gleeson.

Set against the backdrop of the Irish Civil War in 1923, the film takes place on a remote island off the west coast of Ireland. The story in this film revolves around a conflict between two friends, Pádraic (Farrell) and Colm (Gleeson). When one of them chooses to end their friendship, the painful consequences are felt by both. It should also be noted that actors Kerry Condon (Better Call Saul) and Barry Keoghan (Dunkirk) can also be seen here.

Read:  Road Code 2022, amended in Romania, again: the rules that could have saved your life, abolished

The Banshees of Inisherin release date closer than you think

In a new official trailer released by Searchlight Pictures for The Banshees of Inisherin, the focus is on the lead actors, Farrell and Gleeson, who find themselves in the middle of a major conflict.

The trailer begins with this very subject, i.e. the argument between Colm and Farrell’s Pádraic, and it’s not very clear what started it all. Pádraic tries to talk to his friend in an attempt to repair the friendship, but it ends in hysterics. However, things take a dark and comical turn at the same time, as you’ll see in the film when it’s officially released.

Read:  Good news for Renault: 2021 was an unexpected year

On the occasion of filming for The Banshees of Inisherin, director McDonagh returns to Ireland for his first feature film since 2017’s Oscar-winning drama Three Billboards Outside Ebbing, Missouri.

The film also marks the director’s reunion with Farrell and Gleeson, after their successful collaboration on 2008’s In Bruges, which became cult since its release.

McDonagh’s films are known for blending the drama and dark comedy genres, the best examples being 2012’s In Bruges and Seven Psychopaths.

The Banshees of Inisherin will make its theatrical debut on October 21.