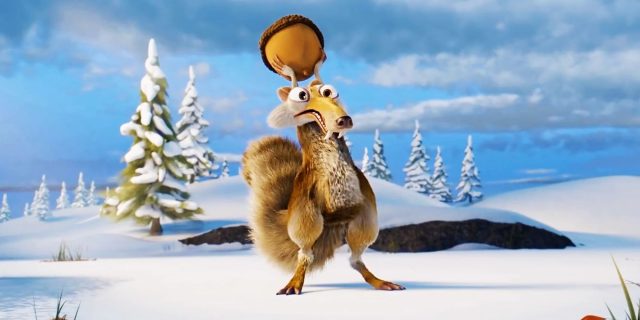 The sword-toothed squirrel known as Scrat in the Ice Age franchise at Blue Sky Studios is finally eating the acorn in the latest short clip released by the studio.

Scrat finally gets his hands on the acorn in the video from Blue Sky Studios. Scrat is the beloved and unlucky squirrel in the Ice Age franchise, which appeared during the series of films, as well as on a series of short films. Directed by Chris Wedge, Scrat has no dialogue, but is presented as a dedicated and anxious squirrel, who always pursues the dream of getting her hands on and safely hiding an acorn she became obsessed with. Over time, the creature followed the acorn from land, sea, and space during the movies, but never managed to keep or eat it.

Blue Sky Studios was founded in 1987 and acquired by 20th Century Fox, which led to a creative partnership that led to the production of 13 films and a series of short films. When Disney bought 20th Century Fox in 2019, Blue Sky Studios was expected to be in charge of their animation, but the company decided to close its doors permanently because it was not economically feasible. Blue Sky Studios was officially closed in February 2021, while working on a number of projects, including the adaptation of the animated feature film Nimona (which has since passed to Netflix) and a series of short films Scrat, Ice Age: Scrat Such.

Now, a video has appeared in which the beloved Scrat caught and finally ate the acorn that he had been following for a long time. The video is presented on a YouTube channel, simply titled Finale, and has a description that reads: “In the last days of Blue Sky Studios, a small team of artists came together to take one last photo. This photo is a farewell, a reference in our own conditions “. The official nature of the clip has not yet been verified, but it serves to end Scrat’s journey.

Take a look at the video below.

Read:  Lamborghini is facing problems: why it decided to recall an important model

Ice Age: Scrat Tales has just debuted on Disney + and includes six brand new shorts with Scrat, produced by the Blue Sky Studio Ice Age team. Disney + also recently released an Ice Age spin-off movie, The Ice Age Adventures of Buck Wild, which brings back the key characters of the Ice Age franchise, albeit with completely new voice actors (except for Simon Pegg as Buck). and is produced by a completely different animation studio. Disney is free to continue creating films with the franchise’s characters, but they chose to do so without the original creators of Blue Sky, as well as most of the original cast, which included people like Ray Romano, John Lequizamo, Queen Latifah and Denis Leary.

While this doesn’t necessarily mean the end for Scrat, it’s probably for Blue Sky Studios animators who have worked so hard to bring this beloved creature to life over the past two decades.