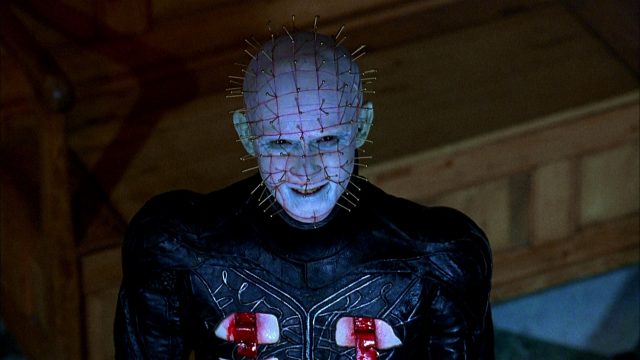 Without a shadow of a doubt, it’s safe to say that Hellraiser is one of cinema’s cult franchises, over time influencing a host of other horror productions.

A rather strange teaser announcing the return, this time on Hulu, of Hellraiser gives some insight into Pinhead’s new look and reveals the official release date.

The reimagining of Clive Barker’s celebrated horror novel The Hellbound Heart hopes to reinvigorate the Hellraiser franchise, just as it did with Prey, the film that brought Predator back to life.

The 1987 film adaptation after Barker and its sequel (directed by Tony Randel) are beloved by many fans of the franchise, with subsequent Hellraiser projects often criticized as mere attempts to make money and nothing more. The one element that has remained consistently beloved throughout the Hellraiser franchise is the image of Pinhead.

Read:  Volvo wants to copy Tesla: what the Swedes are investing in

Incidentally, Pinhead doesn’t even appear that often in the Hellraiser films, so it can’t be said that he was ever portrayed as well as other characters, for example like Jason Voorhees or Michael Myers.

The demonic entity and his cohorts are veritable soul hunters, eager to carry out their sadomasochistic plans, eventually taking over anyone who opens the puzzle box, a device that has itself become a cult.

Barker describes Pinhead in his book as a character with androgynous features, and this is somewhat reflected in the productions that have appeared, so far, on the market.

Read:  REVIEW Yellowjackets: a series like this, but with a cast that saves it

So, if you’ve been waiting to see what Pinhead is up to this time around, you’ll get your chance to find out on October 7, 2022 on Hulu.