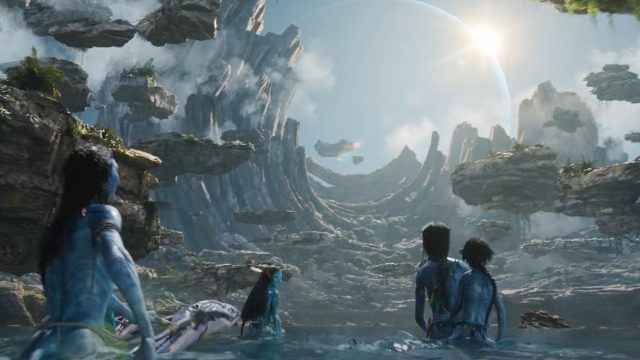 The first trailer Avatar: The Way of Water has been officially released online. After years of development, the first sequel to James Cameron’s 2009 blockbuster film will finally be released in December.

In fact, Cameron is known for his passion for technology when it comes to introducing it to his films. It is also suspected that Avatar 2 would be even grander than the first part, which at that time stunned the audience considerably.

As such, there was a lot of interest in seeing what Cameron has up his sleeve, this time, but the official launch of the trailer was decided, following a marketing study, by Disney.

The studio presented, for the first time, Avatar 2, during CinemaCon 2022, designing it only for participants. The trailer for Avatar: The Way of Water was released exclusively in theaters, attached by Doctor Strange in the Multiverse of Madness. Finally, the long-awaited preview has been released online.

Read:  Netflix, HBO and Disney have a new rival: when SkyShowtime launches

Not surprisingly, Avatar 2 seems to have some amazing technical performance, with state-of-the-art visual effects serving as the main attraction, with no giveaways.

Pandora remains as colorful as ever, as you expected. Obviously, you’ll enjoy seeing more of this world in Avatar 2, since Cameron decided to take you for a walk underwater this time.

Even with this first trailer released, not much is known about the story of Avatar: The Way of Water. It seems that “family” will be a predominant theme in the film that will continue the first. There are several photos with Jake and Neytiri, spending time with their children (one of whom seems to be human) while exploring all that the wonderful world of Pandora has to offer.

Of course, it remains to be seen whether the second part of the franchise will rise to the level of the first.