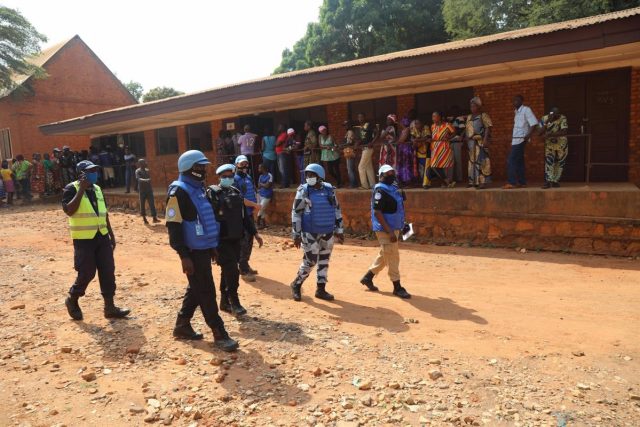 UN independent expert Yao Agbetse has accused the Central African militias of the Coalition of Patriots for Change (CPC), as well as other armed groups, of sowing a wave of terror among the country’s civilian population, also trapped by the atrocities committed by other militias trained by the authorities.

“I vehemently condemn the obstinacy of the Coalition of Patriots for Change and other armed groups that continue to sow terror, insecurity and suffering among the civilian population and victims of rape and abuse,” the expert said after a ten-day visit to the country.

The African country has been plunged into a very serious crisis following the elimination of the candidacy of former President François Bozizé, who returned to the country at the end of 2019 to run again for the presidency, a position he left in 2014 in the face of the uprising of the predominantly Muslim Séléka rebels. Bozizé currently heads the CPC.

From Bria, the capital of the prefecture of Haute-Kotto, the UN expert has shown his absolute dismay after discovering the ease, the population has told him, with which armed militias can enter and leave neighboring Sudan, with complete impunity.

In fact, the leader of the FPRC, Mahamat Salé, has already been implicated in several cases of rape and other serious human rights abuses.

The UN expert therefore urges these groups “to participate in the political dialogue and the peace and reconciliation process led by the Truth, Justice, Reparation and Reconciliation Commission (CVJRR)” of the African country.

The Central African government forces are not exempt from blame, the expert recalled, who gave as an example the brutal attack organized against the village of Boyo last December. The assault, perpetrated by government-trained militias, according to the UN, left at least 20 civilians dead, five women and girls raped, 547 houses destroyed and more than 1,000 displaced.

“The gravity of these events requires appropriate responses from the national authorities towards the victims,” said the expert, who recommended not only virtually mandatory peace talks to end the violence, but also that the UN Multidimensional Integrated Stabilization Mission in the Central African Republic (MINUSCA) establish a warning system “more reactive and regular joint operations with the Central African Army to prevent tragedies like Boyo.”