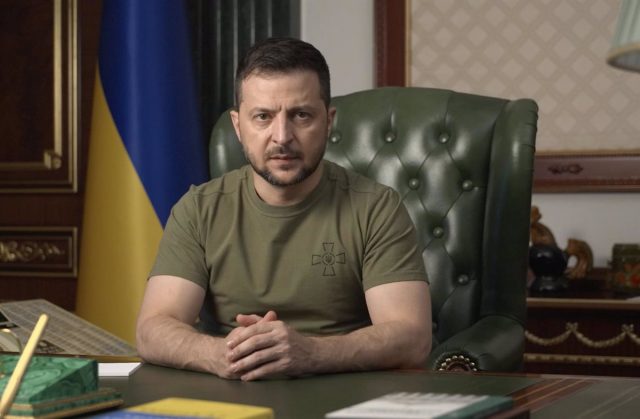 Ukrainian President Volodimir Zelenski said Thursday that mass graves have been found in the northeastern city, recaptured from Russian troops just a few days ago.

“Mass graves have been found in Izium, in the Kharkov region. Necessary procedural actions have already been initiated there,” the Ukrainian leader said, announcing that Ukrainian and international journalists will be summoned this Friday to witness the state of the city.

Zelensky recalled that the state of the city of Izium is similar to that of other cities such as Bucha or Mariupol, and accused Russia of “leaving death everywhere”.

Read:  Macron and Xi "urgently" call for a ceasefire in Ukraine

“We want the world to know what is really happening and what the Russian occupation has led to. Bucha, Mariupol, now, unfortunately, Izium…. Russia leaves death everywhere. And it must be held accountable for it,” the Ukrainian president said.

In this regard, he has listed at more than 3,800 the missiles that Russian troops would have launched towards Ukrainian territory, although he has warned that “no missile will bring Russia closer to its target.”

“There will be no subjugation of Ukraine. Every missile brings Russia closer to further international isolation, further economic degradation and even clearer historical condemnation,” he added.

Read:  This graph compares the longevity of Elizabeth II with that of other monarchs in history.

The Ukrainian president visited the city of Izium on Wednesday to attend a commemorative event where he has attended the official flag-raising ceremony.

Raising the flag implies for Ukraine to assume that “the enemy is gone.” Kiev estimates at more than 4,000 square kilometers the territory it has gained from Russian forces in eastern Ukraine in recent weeks.

Zelenski acknowledged Wednesday that the last few months in these areas have been “extremely difficult,” but emphasized that even if Russia manages to “temporarily” occupy some areas, it will not succeed in taking control of the Ukrainian people.