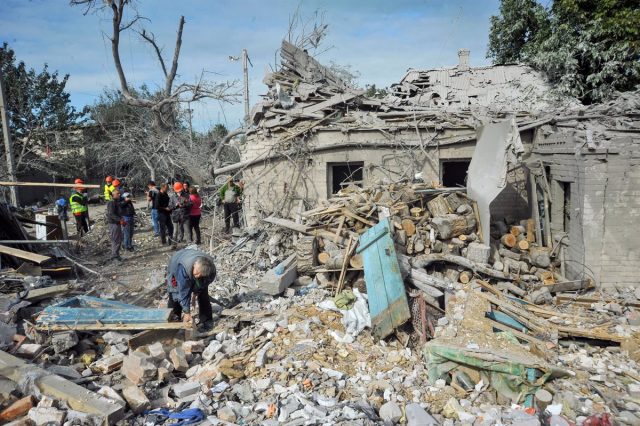 The Ukrainian government has urged citizens to reduce electricity consumption during the evening in view of the risk of power outages due to attacks launched in recent hours by Russian forces on strategic infrastructure.

The office of the president, Volodimir Zelenski, has proposed to reduce “as much as possible” consumption between 17.00 and 22.00 hours, to cope with the “temporary” problems of the latest bombings.

The chairman of the Energy Committee in Parliament, Andri Gerus, has called for not turning on or minimizing the use of non-essential household appliances, among which he has also included boilers, stoves and heaters, according to UNIAN agency.

Read:  The second round of voting for the Italian Presidency ends again with a majority of blank votes

Russian President Vladimir Putin has confirmed that “energy facilities” have been among the targets of a wave of attacks spread across several cities in the country, also in areas that until now remained outside the direct conflict such as Kiev or Lviv.

“They want panic and chaos, to destroy our energy system. They are incorrigible”, emphasized, for his part, the Ukrainian president, Volodimir Zelenski, who has examined, together with the Minister of Energy, Herman Halushchenko, the latest damage.

In principle, the Government is confident that throughout this Monday the situation will be normalized in “the vast majority of the affected regions”, but from the Presidency it is recommended to save energy or, at least, to delay the use of certain appliances until late in the day.

Read:  UN points to possible crimes against humanity by Chinese government in Xinjiang

For its part, the Ministry of Digital Transformation has confirmed some “interruptions” in the telecommunications service due to the lack of electricity, although it has clarified that the infrastructure as such of this network has not been affected.