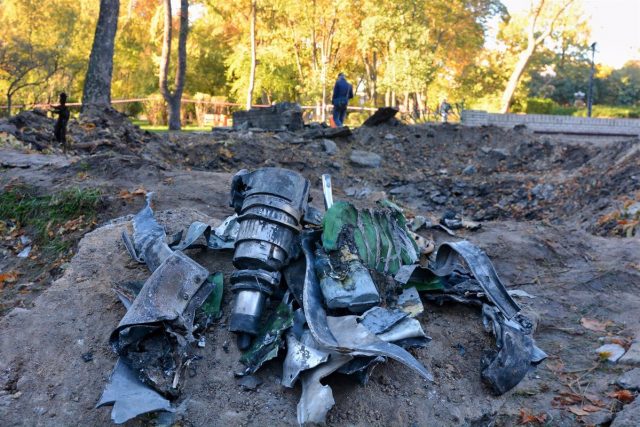 Ukrainian authorities have denounced on Saturday several Russian bombings against eastern regions and also in the vicinity of the capital, Kiev, a day after Russian President Vladimir Putin stated that he did not see the need to perpetrate more “massive” attacks for the time being.

Kiev Governor Oleksi Kuleba has reported on his Telegram account a missile attack, initially without casualties. He has urged the population to stay in shelters as long as the threat persists and not to post photos on social networks.

Ukrenergo has confirmed that the energy infrastructure has been affected by these shelling and has warned of potentially severe damage, with the risk even of outages. It has urged the population to reduce electricity consumption as much as possible, especially between 17.00 and 23.00.

From Zaporiyia, one of the main battlefronts in the east, Governor Oleksandr Starukh has assured that Russian forces have launched at least a dozen missiles and have also used drones, causing damage to energy infrastructure facilities, according to the UNIAN agency.

In the neighboring region of Dnipropetrovsk, the projectiles fired by the Russian forces were reportedly joined by the interception of at least five Iranian-made drones, according to the governor, Valentin Reznichenko.

The Ukrainian Armed Forces have assured in their bulletin this Saturday that, throughout the country, they have shot down nine unmanned aircraft. Ukrainian President Volodimir Zelensky has accused Moscow of using Iranian technology to launch kamikaze drones over the population and critical infrastructure.