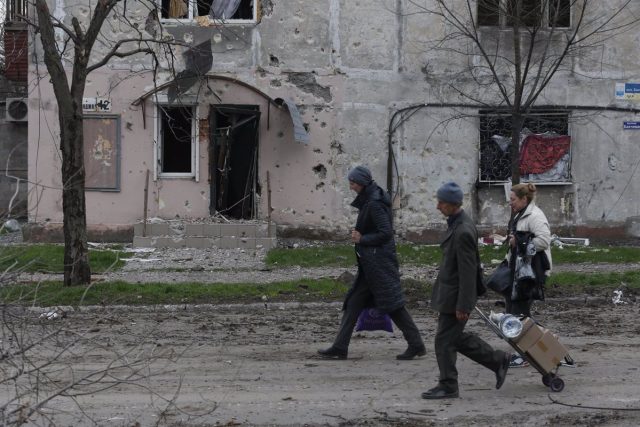 A group of Democratic and Republican Party senators have signed a resolution to declare Russia’s actions in Ukraine as “genocide to the Ukrainian people,” Ukrainian President Volodimir Zelenski detailed Thursday.

This resolution, which for now is only a draft, came after Ukrainian First Lady Olena Zelenska’s visit to the U.S. Congress this week, when she called for recognition of the actions of Russian troops in her country as genocide, as previously requested by a group of experts chaired by two advisors to the Ukrainian Presidency.

“There is no question that what Russia is doing in Ukraine is genocide (…) If you could walk the streets of Kyev, Irpin and Hostomel, as I did last month, and hear the stories of what Russian soldiers have done, you would know that this is genocide. (…) It is time for the United States and the world to recognize it as such,” Republican Senator Jim Risch has wielded.

Read:  At least four soldiers killed in a bomb explosion in northeastern Iraq

“For five months, the world has watched the brutal, unjustified and absolutely senseless war that Russia’s dictator has unleashed against Ukraine,” Democratic Senator Ben Cardin has argued, adding that Russia “is trying to eliminate the Ukrainian language, Ukrainian history and Ukrainian culture,” a fact that he has called genocide.

The agreement to submit the resolution to the U.S. Senate also calls on the United States, as well as NATO and the European Union, to support the Ukrainian government to “prevent further acts of Russian genocide,” and also urges “international courts and thoughtful investigations to hold Russian political leaders and military personnel accountable” for the war.

Read:  Badenoch drops out of race to succeed Johnson, Sunak consolidates as favorite

Ukrainian President Volodimir Zelensky has positively assessed the draft signed by the U.S. senators and assured that Russia, “with all its terrorist attacks against Ukrainians and our country, is burying itself.”

“The resolution states that Russia’s actions in Ukraine, which include forced deportation to Russia and targeted killing of Ukrainian civilians during mass atrocities, constitute genocide against the Ukrainian people,” Zelenski has detailed.