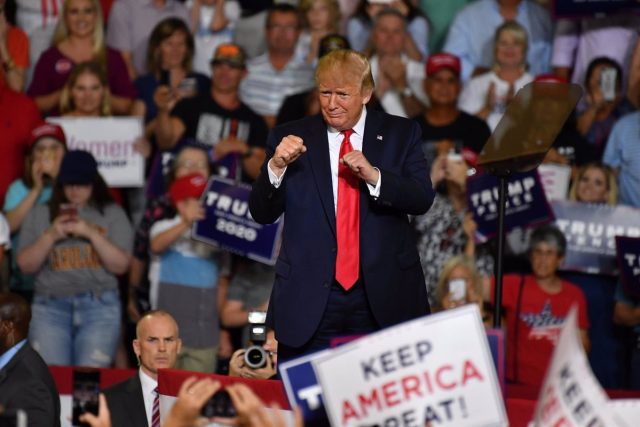 Donald Trump’s legal team has filed a request to delay the process that the former president of the United States has open for defamation for denying in 2019 an alleged sexual assault he would have committed against journalist Elizabeth Jean Carroll.

The tycoon’s lawyer, Alina Habba, has explained to the Manhattan federal district court hearing the case that Trump’s appearance should be suspended until the District of Columbia District Court of Appeals decides on a motion they have filed to close the case, Bloomberg reports.

Habba has assured that while Trump is “ready and eager” to give his version of events on Oct. 19 as scheduled, meeting now “would be a waste of time and resources for both sides” as a motion to stay the proceedings is still pending.

Read:  Scholz insists that NATO will not intervene in Ukraine after Zelensky demands more support from Germany

Trump’s new maneuver comes a week after a New York appeals court ruled partially in his favor by ruling that the tycoon is covered by legal immunity since the alleged defamatory statements took place when he was president of the United States.

However, this same court asked the higher court, the District of Columbia court, to decide whether the allegedly defamatory comments he made about Carroll were covered by the law protecting the president from lawsuits related to his job duties.

Elisabeth Jean Carroll filed suit in 2019 in state court against former President Trump for defamation because of the way he denied a first sexual assault allegation, that “she wasn’t his type” and that he was “doing it to sell” more copies of the book in which he revealed that episode.

The journalist wrote in her book ‘What do we need men for?’ that Trump sexually assaulted her in the fitting rooms of a Manhattan store in the mid-1990s. According to her, she met Trump on Fifth Avenue in New York and they went to a lingerie store to buy a gift for a woman. There, the former president allegedly pushed her into a fitting room and raped her.

Carroll made this story known for the first time in this book, published in June in the digital edition of ‘The New Yorker’. After that, she filed the complaint. Carroll explained at the time that she had taken this step encouraged by the #MeToo movement.