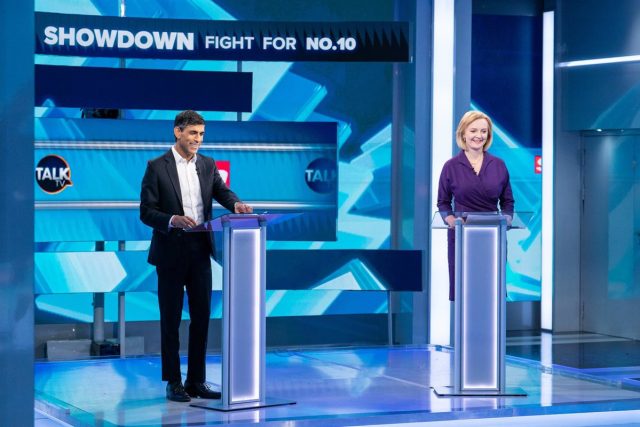 The Conservative Party of the United Kingdom has closed this Friday at 17.00 (one hour more in peninsular Spain) the deadline to choose who will succeed Boris Johnson in Downing Street, in a final slate that pits the favorite and Foreign Minister, Liz Truss, against Rishi Sunak, former head of Finance.

The results will be known next Monday and, a day later, the winner will be formally appointed by Queen Elizabeth II, who has broken with tradition by convening the meeting at her Balmoral residence rather than at Buckingham Palace.

After the closing of the vote, Truss wanted to thank on Twitter the “fantastic campaign” organized in his favor both by his team and by supporters in general. Sunak also acknowledged the work of his campaign and all those who have supported him during these weeks.

Next week will complete a succession process that began on July 7, when Johnson promised that he would step down as prime minister after being involved in all kinds of scandals. The ‘premier’ announced that he would remain in office until the election of a replacement.

In fact, this postponed resignation generated controversy within the Conservative Party, especially among those who demanded that he leave office immediately.