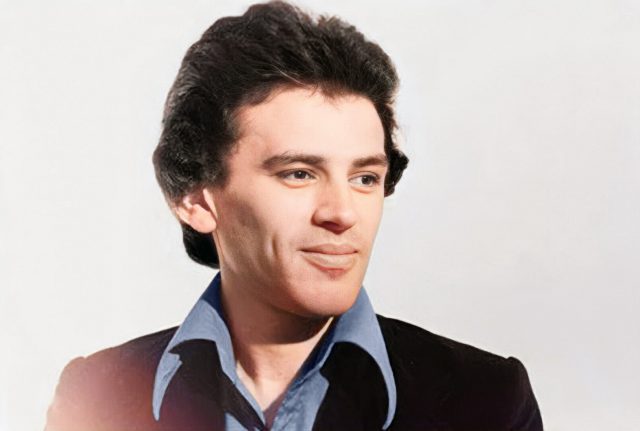 Ioan Luchian Mihalea was a talented and appreciated Romanian artist who, unfortunately, met a tragic and certainly unworthy end.

He was a singer, composer, conductor and founder of the musical groups Song and Minisong. Among other things, Ioan Luchian Mihalea was also known for producing certain shows on TVR.

Ioan Luchian Mihalea, an artist who disappeared before his time

It can be said that Alina Sorescu, Gianina Corondan or Dana Rogoz owe their popularity to him, the artists having been, at one time, his pupils, and later on, part of the Minisong children’s choir.

Moreover, Ioan Luchian Mihalea managed to avoid a practice that was common at the time in his guild. He never sang odes to Nicolae Ceaușescu, preferring to avoid the odes and concentrate on truly pure music.

Despite the fact that some of the kids in his groups were secretaries, the artist continued to do his work and focus on art, which is what he was best at. Children were, after all, children.

On the night of 9 November 1993, Ioan Luchian Mihalea was murdered in his apartment in Drumul Taberei by two individuals. Initially, it was suspected that Florian Gavrilă and Ionel Păun, his murderers, had robbery as their main motive. Subsequently, other rumours began to be circulated, as we will tell you below.

Read:  Mercedes is keeping an eye on Romania: what it wants to invest in, how it helps us

Why Ioan Luchian Mihalea was murdered, in fact

Four years earlier, in 1989, Mihaela Runceanu became the first public person in our country to be murdered in an extremely violent way, also in her apartment, the motive being also robbery.

And here, in 1993, Ioan Luchian Mihalea met a similar fate. Despite the fact that, at first, it was said that the famous artist had been robbed by the two criminals, it was later said that, in reality, the real reason was quite different.

Specifically, it was suspected that, despite being married, Mihalea had been homosexual, and that one of the two had been his partner at one time.

Naturally, in the absence of confirmation, this theory remains exactly as its name characterizes it: a theory.

Romania was obviously not prepared for such an outcome at the time, since under communism and long afterwards it was a crime to have sexual relations with a person of the same sex.

In fact, the Communists tried so hard to deny the phenomenon of homosexuality that it was almost never spoken about publicly. And you know what they say, what you don’t talk about, doesn’t exist. So homosexuality had the status of sexual perversion and was punished severely by law.

Read:  On November 11 the best artists from Romania open the Christmas Fair in Craiova! [P]

Some accounts claim that anyone suspected of having a sexual orientation other than the usual and accepted one was “rounded up” by the Securitate, thrown in the cellar and “wiped off the face of the earth.” You could simply notice at some point that someone in your group of acquaintances was gone, but you preferred not to ask too many questions for fear of informers. An informant could have been anyone at the time.

Security used to lock people up for far more trivial reasons than that, let alone for this.

For a better understanding of the context, homosexuality was decriminalized only in 2001, by the PSD government led by Adrian Năstase, which decided to repeal Article 200. As a result of this decision, the former prime minister earned the famous nickname “Bombonel”.

As I said before, we will never know if the tragic death of Ioan Luchian Mihalea is or is not related to the subject under discussion, but there have been voices that have supported the idea, trying to explain the absurd disappearance of a great artist.