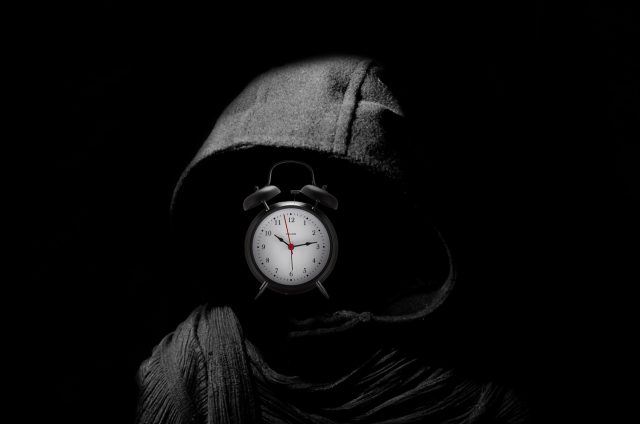 They reached the highest peaks of glory, but they had dead ..almost ..funny! Today we remember the tragic but stupid end of some personalities who will be remembered for the way they died rather than the way they celebrated their lives. Find out what the stupidest deaths in history are.

The most stupid deaths in history

Some are famous in life, and after death they are forgotten. Others become celebrities only when they die just because of the stupid way they manage this performance. There are also rare cases of personalities who, even in death, cannot fail to stand out. In general, death is inevitable and sad, but in some cases, an absurd death can inadvertently lower your forehead.

A French president who died during a love affair

Former French President Felix Faure died in 1899 in his own office while in a romantic and warm embrace with his mistress. Because he was French, mankind quickly forgave his infidelity.

French singer Claude Francois, who composed the original version of the song My Way (Comme d’habitude), died of electrocution while trying to change a light bulb in a tub full of water. Apparently he was much better at music and much less at physics.

Singer electrocuted by his own microphone

Stone the Crows guitarist Leslie Harvey died on stage in 1972 from being electrocuted by the microphone on which he played. It took the audience a while to figure out if the moment was real or directed, so being real is considered one of the dumbest deaths.

Another at least bizarre death is that of the Tennessee playwright Williams, who was found dead in a hotel room in 1983 after drowning with a glass stopper. He had drunk a lot before. Another perverse way alcohol can kill.

Read:  REVIEW Conversations With a Killer: The John Wayne Gacy Tapes, the complete documentary about one of the most prolific serial killers in the United States

He was shot live

Perhaps the most controversial death is that of TV presenter Christine Chubbuck, an employee of the Channel 40 television station. She announced during a show that an absolute premiere would follow: she pulled out a revolver and shot herself in the head. The images were broadcast live.

In 2005, Lee Seung Seop, a 28-year-old Korean man, crashed into an Internet cafe after playing Starcraft & World of Warcraft for about 50 consecutive hours. Six weeks before his death, he was fired because he was absent from work to spend time playing on the computer.

The jockey who won the race after he died

In 1923, jockey Frank Hayes suffered a heart attack during a race. His horse, Sweet Kiss, finished first, making Hayes the first dead jockey to ever win a race.

A man in Texas, USA, was unable to swallow alcohol due to a sore throat. He did not give up alcohol, but tried to introduce it into the body through the rectum, through a procedure similar to that of an enema. He died after inserting two 1.5-liter bottles of alcohol into his body.

Dead, out of too much love

Two young men from South Carolina, husband and wife, were found in a coma, naked on the street. Mystery, there were no signs of violence. It was carefully investigated and their clothes were found on a roof. Looks like they fell while trying to make love.

Drowned with 200 lifeguards in front

One individual drowned in the pool. Nothing weird so far. But it must be said that it is at least stupid to drown in the pool at a party attended by about 200 lifeguards. It happened in 1985, at a party organized by lifeguards in New Orleans, to celebrate the end of the season without any deaths.

Read:  BAFTA Awards 2022: Dune, the most nominated film. What are the other proposed productions

Killed by his own beard

Hans Steininger was relatively famous for having the longest beard in the world: 1.4 meters. But his beard killed him. In 1967, a powerful fire broke out, during which Steininger tripped over his own beard and broke his neck.

The curse of the power cord

In 1991, Yooket Paen died while walking through his farm. He slipped into a ditch, crashed into a power cord and was electrocuted. At the funeral, his sister, showing how the unfortunate event happened, slipped and touched the same thread. She also died of electric shock.

Unnecessary fight with an express train

An Illinois man bet with a friend that the two of them would be lying on the rails most of the way to a nearby train. He won, so he enters the top of the stupidest deaths in history.

Death and magic do not go hand in hand

In 1990, an amateur magician died while trying to perform a stunt called ‘buried alive’. He sat down in a glass coffin built by him and was taken down to a pit. It was partially covered with excavated earth, and the team that helped him poured concrete to fill the pit. At one point, they realized that the concrete had broken the coffin, and when they took it out, they found the man dead.