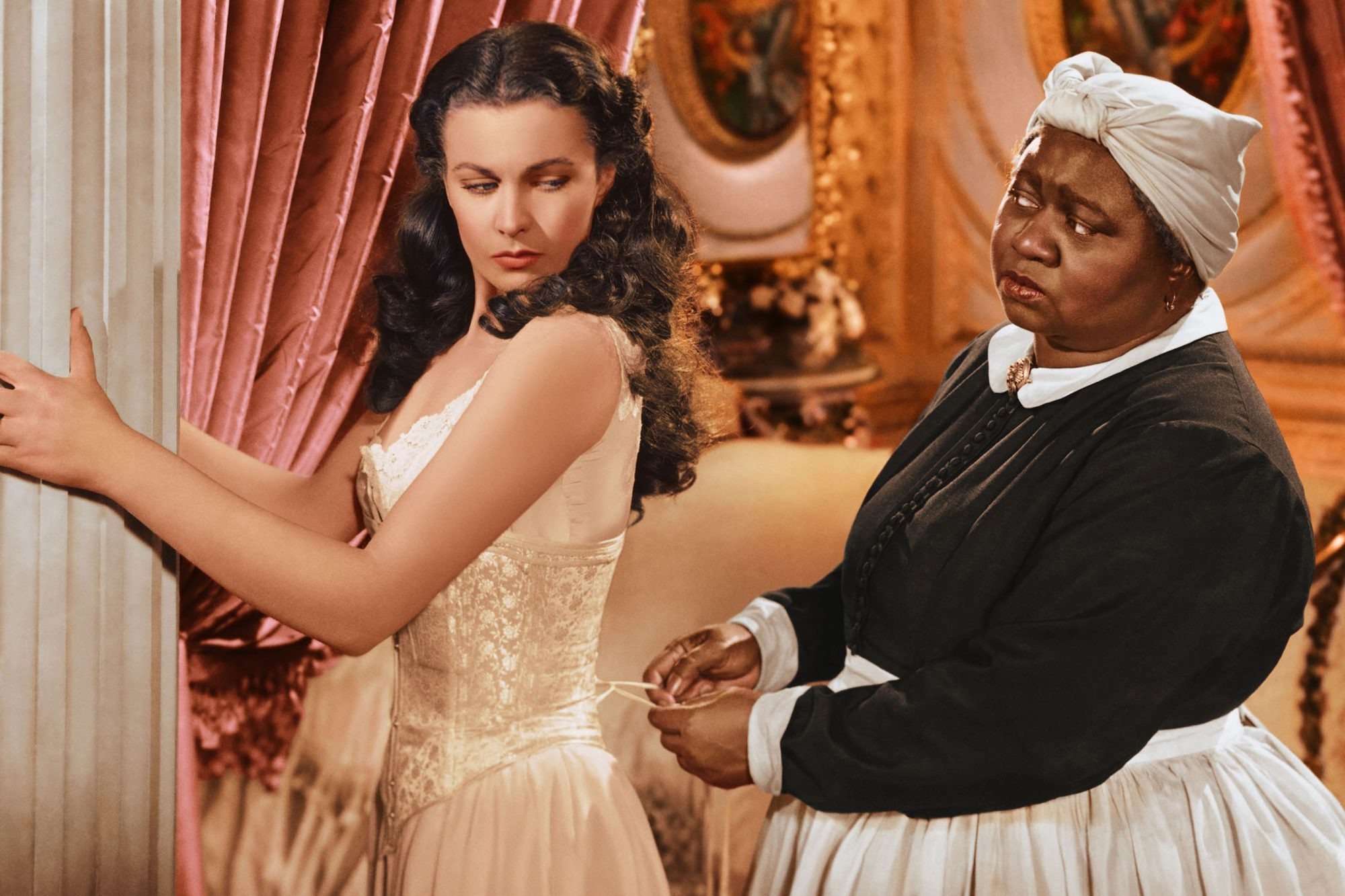 On February 29, 1940, Hattie McDaniel made movie history by becoming the first black person to win an Academy Award, for her performance as Mammy in Gone With the Wind.

“My heart is too full … to tell you how I feel,” McDaniel declared at the time.

Married four times, the actress was said to be always cheerful and full of life. Lena Horne remembered her as “an extremely gracious, intelligent and gentle lady.”

McDaniel sought challenges, but her artistic ambition was often stymied by racism and sexism. “When you stop wanting, you stop living. Just like when I won the Academy Award,” she said.

The McDaniels were no strangers to the horrors of slavery, but neither were they strangers to the Civil War. Both parents, Susan and Henry, had been born into slavery. During the Civil War, Henry joined the 12th Tennessee Infantry, fighting for the Union in the brutal Battle of Nashville in 1864. Henry’s jaw was reportedly shattered during the battle, leaving “an open wound inside the mouth” with “bone fragments and infection.” Evidently Henry did not receive the medical treatment he needed and after the war held hard jobs despite constant pain.

By the time the couple’s last child, Hattie, was born in 1893, the McDaniels had already migrated west to Wichita, Kansas. According to Hattie McDaniel, her family was so poor that she was born malnourished. They moved to Denver, where the increasingly ill Henry finally managed to receive a small pension from the U.S. government for his military service after decades of unsuccessful attempts.

Although the McDaniels often suffered from hunger, they always managed to stay together. But also to be particularly creative. Hattie grew up singing in the church choir and going to integrated schools. “I knew I could sing and dance,” she recalled. “I was doing it so much that my mom had already had enough.”

Read:  VIDEO A Christmas Story 2 continues one of the most beloved Christmas stories of all time: where you can see the film

Despite constant hardship and discrimination, the McDaniel children became entertainment pioneers in the Denver area, putting on plays for members of the black community.

In 1914, Hattie and her sister Etta formed the McDaniel Sisters Company and put on a show exclusively for women. In the 1920s, McDaniel was writing and recording blues songs, including “Boo Hoo Blues” and “Dentist Chair Blues.”

By 1937, McDaniel was becoming everyone’s favorite comedy actress, often receiving roles as a sassy maid. “I can be a maid for $7 a week. Or I can play a maid for $700 a week,” she used to say.

From the moment casting for Gone with the Wind was announced, McDaniel faced harsh criticism from influential members of the black community. “We feel proud that Hattie McDaniel has won the coveted role of ‘Mammy,'” wrote Earl Morris, in The Pittsburgh Courier. “It means about $2,000 for Miss McDaniel in individual advancement … but nothing for the race fight.”

When Butterfly McQueen rebelled against her demeaning character Prissy, intentionally exchanging lines and demanding that star Vivien Leigh apologize for the slap, McDaniel urged caution. McQueen later claimed that McDaniel took her aside and warned her, “You won’t last in Hollywood; you complain too much,” she told him.

McDaniel experienced racial segregation throughout her career and was unable to attend the Atlanta premiere of Gone with the Wind because it was held in an all-white theater. At the Academy Awards ceremony in Los Angeles, she was seated at a separate table, not with her peers.

Over the years, Walter White has been one of her fiercest critics. After watching In This Our Life, a 1942 film in which McDaniel played the mother of a brilliant son targeted because of his race, White did not contact McDaniel directly, but wrote to Olivia de Havilland to congratulate her on the film. Things came to a head in January 1946, when White held a summit with black actors. Among them were Lena Horne and Sam McDaniel (Hattie McDaniel’s brother).

Read:  Mercedes is facing problems: what happens to production

Hattie did not attend. “I cannot accept your invitation and I cannot reconcile with you, Walter White,” she wrote in response to the invitation, “for he has obviously insulted my intelligence,” the actress was later to explain, when asked why she had made this decision.

In essence, McDaniel felt hurt by what she saw as a serious act of contempt coming from White regarding her artistic achievements. “God has gifted me with other talents,” she said, “that Walter White and no other person knows anything about,” the actress pointed out in an interview at the time.

Basically, while McDaniel was indirectly feuding with Water White, head of the NAACP, she was working closely with the group’s Los Angeles branch to save her mansion in Sugar Hill, a neighborhood full of stately Victorian homes that had become Black Beverly Hills. One would think the two events might have some connection to each other.

“I’m a good screen mother. But I’m Hattie McDaniel when I’m at home,” she reportedly told Lena Horne at one point.

Generous and extremely sympathetic, Hattie McDaniel was known as a great advocate for equal rights between people in an era when few had the courage to be so outspoken.

She died in 1952 in Los Angeles, California. Throughout her career, she starred in The Big Wheel, Family Honeymoon, Mickey, The Flame, Song of the South, Never Say Goodbye, Margie, Janie Gets Married, Since You Want Away and George Washington Slept Here, among many-many others, obviously.