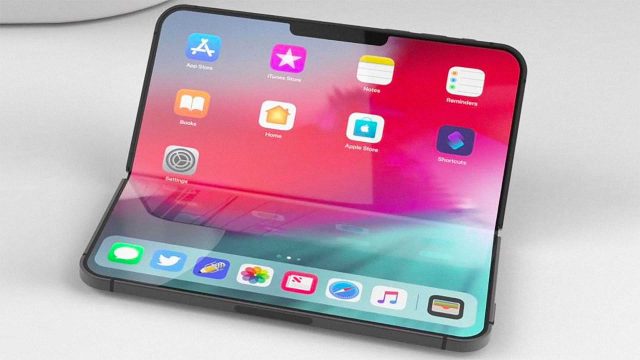 You could say that the unveiling of the first Galaxy Fold model was the equivalent for Samsung of the launch of the original Apple iPhone, the first foldable phone launched by a well-known brand having played a crucial role in how the South Koreans still dominate the foldable phone market. But all this came at huge cost to Samsung, both in terms of the initial investment in R&D and the erosion of brand image at a time when the questionable reliability of the first generation Galaxy Fold was mostly in the news.

Meanwhile, Samsung’s relentless determination to continue refining its foldable phone offering seems to have paid off, with the South Koreans optimistically anticipating that they will end up selling more Folds than conventionally designed Galaxy phones, and no later than 2025.

Except that Apple and Samsung have very different business philosophies, with the South Koreans banking on selling as many phones as possible, covering all available price niches. In contrast, Apple positions itself exclusively as a premium phone brand, not necessarily wanting to flood the market with products of all kinds, but to make the best possible profit margins on a series of products with predictable sales volumes.

Returning to Samsung, the South Koreans have admitted in the past that first-generation Galaxy Fold phones have sold at very low profit margins, or even at a loss, with the company valuing this as an “investment” in future success. Although this is now much improved, with Samsung even showing signs that the time is approaching when we will be able to find foldable phones priced close to the Galaxy A series, efforts are still more about consolidating market position than making huge profits.

Instead, the strategy observed for years at Apple is to avoid using overly ambitious technologies as much as possible, relying instead on slightly outdated but highly tested technical solutions, then compensating with expertise on the software side. Of course, Apple also has undeniable strengths, such as chipsets with unbeatable performance and efficiency, but it too is produced with cost in mind, avoiding the involvement of external suppliers and negotiating contracts with semiconductor manufacturers from its position as a privileged customer.

According to revelations from industry sources closely connected with Apple, the US company is postponing the launch of a foldable phone for a very simple reason: there is still no room for securing consistent profit margins comparable to the profits made from the current range of conventionally designed iPhones. So Apple prefers to preserve its current profit margins rather than compromise on launching a foldable phone, especially after Samsung showed how risky it can be to launch a completely new product, even if developed by a manufacturer with almost unlimited resources.

Read:  Nikon, a household name among DSLR camera enthusiasts, announces it will no longer ship only mirrorless cameras

There have been many estimates of Apple’s profit margin on the iPhone, and while the figures vary, they are all over 50%. In simple terms, that means that if you make an iPhone cost $500, Apple sells it for $750.

Retailers can cut their own margins to sell discounted iPhones, but Apple doesn’t do that for direct-to-consumer sales. On the other hand, some of the best discounts on Galaxy devices can be found on Samsung.com. The Korean company tends to balance volume and margins. Therefore, the company is always willing to offer the best deals directly.

Ross Young , co-founder and CEO of Display Supply Chain Consultants, also tells us that Apple’s decision not to bet on foldable devices yet is also due to the lack of a mature supply chain. There aren’t many display manufacturers that can offer foldable panels at scale. Samsung Display is perhaps the only one that can offer significant volume, but it is a direct competitor that would have every reason to sell as expensive. The lack of capacity in the supply chain for processing UTG glass (essential to protect foldable displays) adds to these unfavourable conditions for Apple.