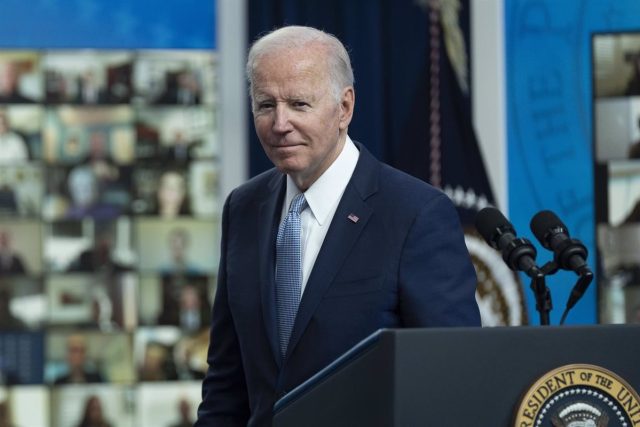 The president of the United States, Joe Biden, has indicated this Monday that he feels “safe” in affirming that the Russian president, Vladimir Putin, thought that he could break the Atlantic Alliance and the European Union in the framework of the celebration of the Day of Europe.

Also, during a meeting with the press, the US president called Putin “calculating” and stated that his concern is that “he cannot find a way out of the war in Ukraine.”

The State Department spokesman, Ned Price, has assessed that Putin’s speech is “historical” and that “it is divorced from reality.” “Contrary to what we hear today in Moscow, Russia’s invasion of Ukraine is a brutal war of choice. It was unprovoked, it was unjustified, it was premeditated, and it has caused catastrophic loss of life across Ukraine,” he stressed.

Read:  Lula presents his campaign for the presidency of Brazil as a struggle of democracy against fascism

Thus, Price has indicated at a press conference that the concern of the United States now is the possible annexation of territory in eastern Ukraine, as it already did with Crimea. “They have sought to annex. They have tried to hold sham elections to give their occupation this patina of legitimacy,” he said.

Price has also classified as “symbolic” the sending of diplomatic personnel to the US Embassy in kyiv, taking advantage of this date marked on the calendar by Russia to make him understand that the Russian forces have not managed to take the Ukrainian capital.

“President Putin and the mouthpieces of the Kremlin have been supplying their people with lies, disinformation, disinformation, to sell them a war that, I think, if many of them knew the truth, they would reject outright. It is difficult to accurately measure popular opinion inside Russia,” he added.

Previously, the White House spokeswoman, Jen Psaki, stated at a press conference that Putin’s statements about NATO are “” patently false and absurd”. Putin has blamed the Atlantic Alliance for the war in Ukraine and for ” generate threats along our border,” he said.

“President Putin has given a revised version of history in the form of the common disinformation already in the Russian script. Now the whole world is aware, the Europeans, the Americans. The journalists are aware of the disinformation factory that seems to be President Putin and the Kremlin, but to say that this war has been provoked, led by Western aggression or Western plans is patently false and absurd,” he reiterated.

Putin has assured in his Victory Day speech that the invasion was necessary because the United States and its allies “were preparing the invasion of our land.”