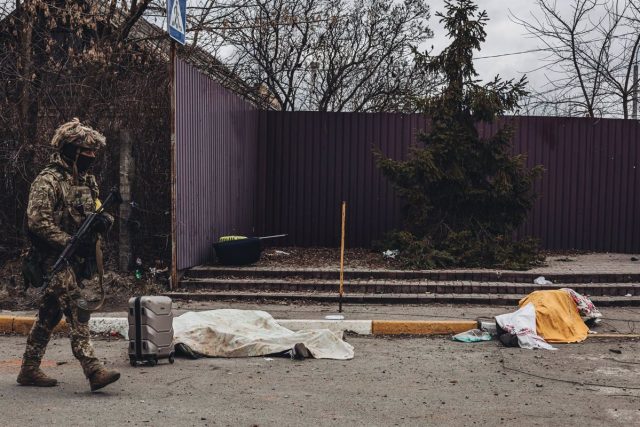 A Ukrainian soldier walks past the bodies of a family, lying on the ground after the Russian army shelled the Irpin evacuation point, several members of the same family have been killed in this attack as they tried to flee, 6 of – Diego Herrera – Europe Press

The Organization for Security and Cooperation in Europe (OSCE) has reported this Sunday that its headquarters in the Ukrainian city of Mariupol has been bombed, the building has been damaged and two vehicles of the international mission have burned.

“The Organization has received reports that the mission headquarters in Mariupol has been damaged due to shelling … the building has been damaged and two mission vehicles have been set on fire,” the OSCE said in a statement.

Following the bombing, the Organization has announced that it is fully withdrawing from Ukraine: “The process of temporary evacuation of all members of the international mission is almost complete. The last remaining group — the chief and the senior management team — will now leave Ukraine,” he said.

The OSCE reported on February 24, following the announcement by Russian President Vladimir Putin of a “special military operation” in Ukraine, that it would “temporarily” evacuate all members of the international mission in the country.

Read:  The Government of Peru paralyzes Repsol's activity in the country's waters after the oil spill

The OSCE on Wednesday “strongly” condemned the increased shelling of Ukrainian cities and reiterated its call on Russia to “immediately cease hostilities” and engage in a “meaningful dialogue”.