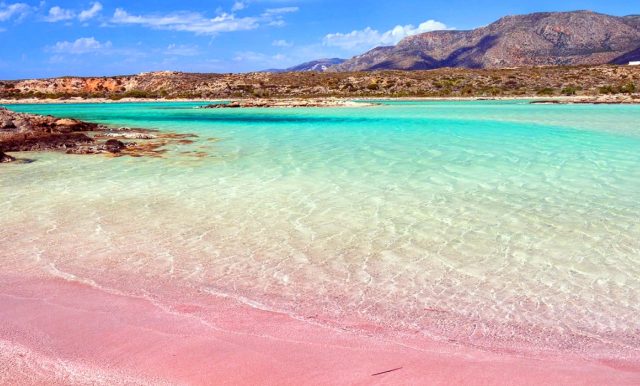 Greece boasts a spectacular beach that makes it one of the most outstanding places on the coast. Beaches with pink, orange or black sand are as real as it gets and destinations not to be missed.

One of the most beautiful beaches can be found in Greece, being Elafonissi on the island of Crete. This protected area in the south-west of the island is a special place, with pink sand that holds this colour thanks to the coral, and is in impressive natural contrast to the azure sea.

The drive there is a special one, requiring you to cross canyons, walk along the edge of cliffs, and is a place that will keep you glued to your camera. Another advantage is the cost of such a trip where you’ll discover magical places.

Read:  Ferrari Purosangue will be a monster: what the Italians are proposing for the new SUV

Also in Europe, another special beach is Ramla Bay, Gozo, Malta. This beach has a reddish-chamom colour, found on one of the three islands that make up Malta. An off-season holiday can be extremely cheap compared to other destinations.

Greece has the most spectacular beach in Europe

In Portugal you can enjoy the beaches of the Algarve where you’ll be amazed by the orange and yellow sandy beaches, plus the complementary colour of the turquoise water. The scenery is fairytale-like and there are dozens more like this beach. As with the others, a holiday here could get you cheaper than a stay in Mamaia.

Read:  The Man Who Fell To Earth returns in a new adaptation: who is the actor who will replace David Bowie

For a little more money, you can get to one of the most sought-after countries at the moment by Romanian tourists. Indonesia offers one such beach, on the island of the gods, Bali. The beaches don’t offer the same chromatic spectacle as the previous examples, but the sand here is black!

Sanur Beach was formed from volcanic rock that has been ground down over time by the waves of the sea. Regardless of where you choose to spend this holiday, or your next one, the scenery is a spectacle that will keep you coming back.