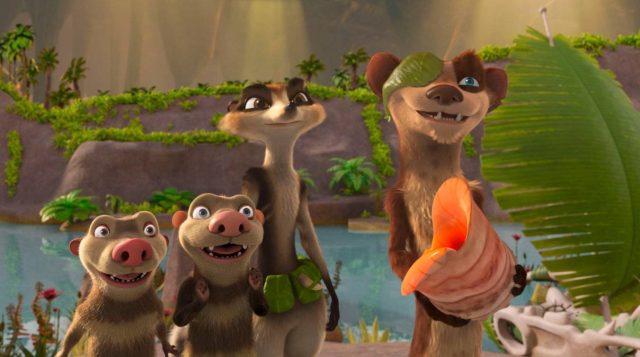 The producer of “The Ice Age Adventures of Buck Wild”, Lori Forte, recently discussed the possibility of the release of a seventh film, but also what the future of the Ice Age franchise looks like in general.

The sixth film in the franchise, “Adventures of Buck Wild,” will be available on Disney + starting January 28, and is the first film in the “Ice Age” series to be released since Disney acquired 20th Century Fox and closed the Blue Sky animation studio.

So far, the hugely popular “Ice Age” franchise has grossed more than $ 3.2 billion, both in ticket sales, in theaters, and in related copyrights, including games and miscellaneous graphics. .

Read:  Problems for Stellantis: What Happens to CEO Carlos Tavares

“Ice Age” tells the story of a somewhat dysfunctional group of prehistoric animals, including the mammoth Manny and his family, the lazy Sid, the tiger Diego, Crash and Eddie, and, of course, the acorn-obsessed squirrel Scrat.

What could happen to Ice Age in the future?

The upcoming film, “Ice Age Adventures of Buck Wild,” stars Crash and Eddie as they return to the world of dinosaurs, a universe introduced in the third film, Ice Age. : Dawn of the Dinosaurs ”. Here, they reunite with the one-eyed weasel, Buck. Obviously, the possibility of a future series is quite credible, given that the franchise has been consistently successful.

Read:  Europeans want low-emission cars, even if they are more expensive

“I think it’s a little premature (think Ice Age 7). We hope that people will react well to the sixth film, because that will push us to make another one. If the audience wants a seventh part, we have a lot of ideas. Ideas, adventures and characters are endless notions. So we are ready to tell a new story if the public is ready to listen to it, “said Lori Forte, paccording to Screenrant,