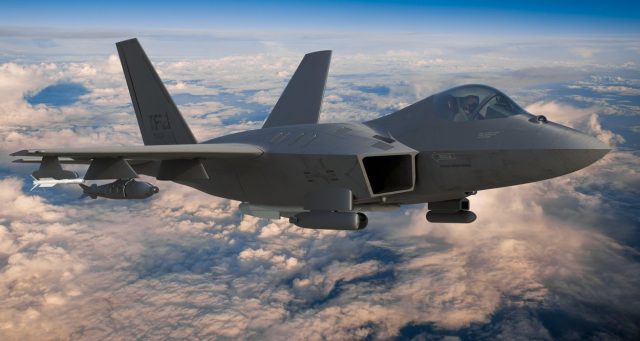 At the moment stealth aircraft are produced in only three countries: the USA, Russia and China. Soon a rising military power, South Korea, will join the elite club. After announcing it would buy an aircraft carrier, the Asian state has successfully tested the first prototype of the KF-21 ‘Boramae’ (‘Falcon’ in Korean) aircraft.

Developed by KAI (Korea Aerospace Industries), the aircraft made the 33-minute flight from Sacheon Airport, 300 kilometres south of the capital Seoul.

There are currently only five stealth aircraft designs in active service in the world: F-35 (US), F-22 (US), B-2 Spirit (US), J-20 (China) and Su-57 (Russia). The Americans still have F-117 stealth ground attack aircraft, but these are out of service and are being held in storage.

Read:  Device that alleviates a problem for many people, from Thursday at Lidl

The Boramae project is not 100% funded by South Korea. A quarter of the funding is provided by Indonesia.

The new aircraft, cheaper and less capable than the F-35, will replace the aging F-4E Phantom and 5E/F Tiger II aircraft in South Korean service.

Although it closely resembles fifth-generation aircraft such as the F-22, the Boramae is a Generation 4.5 aircraft. It does not offer the same high degree of “stealth” (no aircraft is completely invisible on radar), because it carries weapons externally, not in an internal compartment. In future versions the plane could become a truly stealth aircraft.

Read:  China has delivered more electric cars in 2021 than the US, Germany and Japan combined

A total of six KF-21 prototypes will be built, including a two-seater. Testing is expected to be completed in 2026. About 65% of the components used in this project are produced in South Korea.