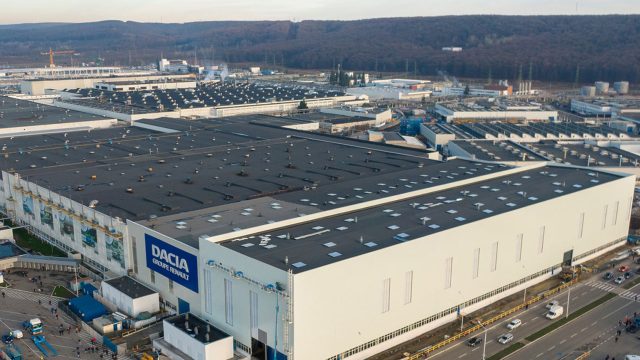 The Minister of Economy went yesterday to the Dacia plant in Mioveni, where a large protest is planned from the dissatisfied employees. Our most important car manufacturer is going through a very difficult period due to the semiconductor crisis, the conflict in Ukraine, inflation and more.

Dacia employees are disappointed that more and more sections of the Mioveni plant have experienced production interruptions. These have led to lower incomes for employees, in the context in which they face significant financial problems, just like the rest of the Romanians.

Dacia, in the time of “new economic and financial challenges”

Although it is not clear whether the Dacia protest will continue after the visit of the Minister of Economy, the major problem of the employees is related to the compensation of the technical unemployment, after leaving the state of alert. Basically, the approximately 500 people are not disappointed by the Dacia leadership, but by the rulers. Employees are disappointed that Romania has the lowest salaries in the EU, in tandem with the highest taxes. Nor does it help that inflation lowers wages, while energy prices come as an additional blow.

Read:  The Tinder Swindler: Netflix documentary that could make you give up dating apps

The Dacia Cars Union also drew attention to the fact that it will participate in the rally organized by the National Trade Union Bloc on April 6, in Bucharest, where more than 5,000 trade unionists are expected here. The main demand of the unions is for “support measures to offset the economic and social effects of the war in Ukraine, economically and socially.” As a reference, Dacia is one of the victims of the war in the neighboring country, as it produces a series of components for the two Renault plants in Russia.

After the visit from Mioveni, the Minister of Economy stated that “he is considering a series of measures to start the exploitation of critical raw materials for semiconductor production and investments in microelectronics through PNRR, a project for which funds of 500 million euros are allocated through The Ministry of Economy”. On this occasion, the Minister also stated that he discussed in Mioveni for “finding solutions to support the Dacia Plant, which has recently had to reduce its working hours or even interrupt its activity, which has led to dissatisfaction among employees. ”.

Read:  Electric cars can create a crisis: what happens to production

“The car industry is directly affected by the military conflict in Ukraine, but also by the semiconductor crisis, the crisis of critical raw materials to which was added the pandemic crisis and rising energy prices, but I am glad that Automobile Dacia and Renault Group have made efforts to maintain the company’s activity “, said Florin Spătaru