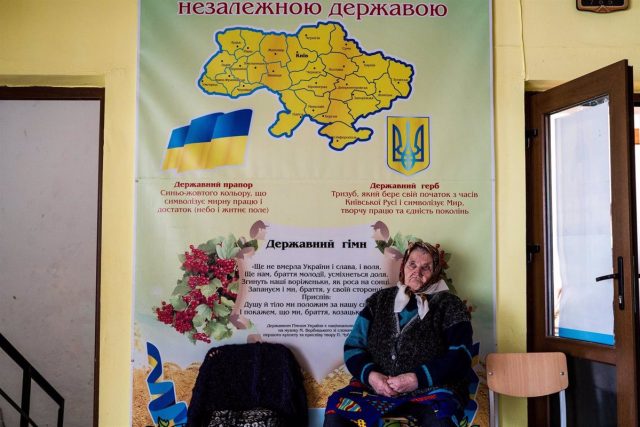 The Ukrainian Armed Forces have assured this Wednesday that Russia has begun preparations to organize a referendum in the Kherson region, where about 280,000 people live, taken by the Russians on March 2.

“In order to control the temporarily occupied territories of southern Ukraine, the enemy is trying to create military and civilian administrations and has started preparations for a referendum on a quasi-state entity in the Kherson region, the so-called “Kherson People’s Republic”, have assured in their evening report.

In addition, they have specified that the Russian troops have not had “active actions” in the north. “In the near future, the fire against the Ukrainian units is expected to intensify to ensure the movement of their troops, with the additional task of blockading the city of Chernigov,” they said.

On the other hand, the city of Kharkov continues to be bombed. Russian troops have “carried out movement of artillery units” in the city of Izium. In the Donetsk region, “the main efforts continued to focus on taking control of the settlements of Popasna, Rubizhne, as well as the capture of the city of Mariupol.”

Read:  Ukraine claims it can 'procure itself' but says Russia could spark 'global food crisis'

In this sense, the Ukrainian Armed Forces have indicated that the Russian troops “have not been successful” in the assault operations in the areas of Popasna, Rubizhne, Novobahmutivka, Marinka and Zolota Niva. “Attempts are expected to launch an offensive in the Kramatorsk and Pokrovsk directions, as well as to concentrate efforts in the Svitlodarsk direction,” they added.

“Units of the Defense Forces restored control over the settlements of Orlove, Zagradivka and Kochubeyevka”, they have pointed out in the report, in which they have also provided information on “fallen” senior officials of the Russian Armed Forces.

POSSIBLE NEW ATTACKS IN THE DONBÁS

The President of Ukraine, Volodimir Zelensky, has asserted that there is a build-up of Russian troops for possible new attacks in the Donbas region and has described the day of contacts with partners and allies as “difficult”.

In this sense, the Ukrainian president has said that “he does not believe in anyone” and does not trust “in any beautiful verbal construction”, since there is a “real situation on the battlefield”. He also recalled that the reduction of military operations announced by Russia in kyiv and Chernigov “is not a withdrawal”, but rather “the consequences of exile”.

Read:  Boric sets salary caps and establishes a restriction on the hiring of relatives in La Moneda

“Today has been a very active diplomatic day for me. A difficult one. The priorities are known. There are three of them: weapons for Ukraine, new sanctions against Russia and financial support for our state,” he also said, adding that “the freedom must not be worse armed than tyranny”.

“I expect concrete results in the coming days from our representatives in Latin America, the Middle East, Southeast Asia and Africa,” he said, as stated in a statement from the Ukrainian Presidency.