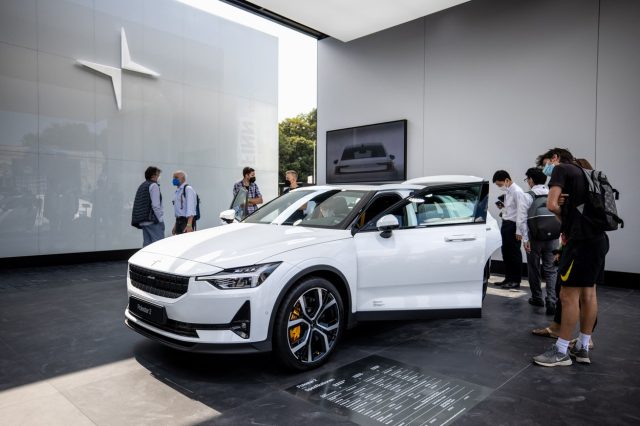 The Hertz Corporation giant, one of the largest players in the global car rental market, has ordered 65,000 electric cars from a rival Tesla.

The company has chosen Polestar, and most of the required models are Polestar 2 sedans. The cars will be delivered in the next five years. The first units will be used by Hertz in Europe, and later they will reach the fleets of America and Australia.

The car rental company aims to operate a low-emission fleet. Last year, Hertz ordered 100,000 Tesla Model 3 cars to be delivered in the second half of this year. The company estimates that it will lease 50,000 of these cars to the Uber startup.

Hertz announced in November last year that it is willing to work with other electric car manufacturers in the markets in which it operates. The company is trying to reinvent itself under the baton of the new CEO, Stephen M. Scherr, a former director of Goldman Sachs.

Read also: The mountain village with 40 Tesla cars has become a tourist attraction

Hertz was listed on the stock exchange in November 2021 after going through bankruptcy proceedings. Hertz raised $ 1.3 billion in its initial public offering.

At the moment, the company has a capitalization of over 10 billion dollars.

Read:  Still without solutions to "save" Facebook in the long run, Meta announces the renaming of News Feed

Polestar, which is controlled by Chinese giant Geely, will be listed on the stock exchange in the second half of this year.

More and more international companies are switching to electric vehicles. Another Swedish company, Volvo Trucks, has announced that it has received an order for 110 vehicles from Maersk.

The giant in the goods delivery industry has announced that it intends to order 300 high-tech electric trucks Einride.